Editorial: Rule of Law Must Be Applied to Government Investment Sooner Rather Than Later 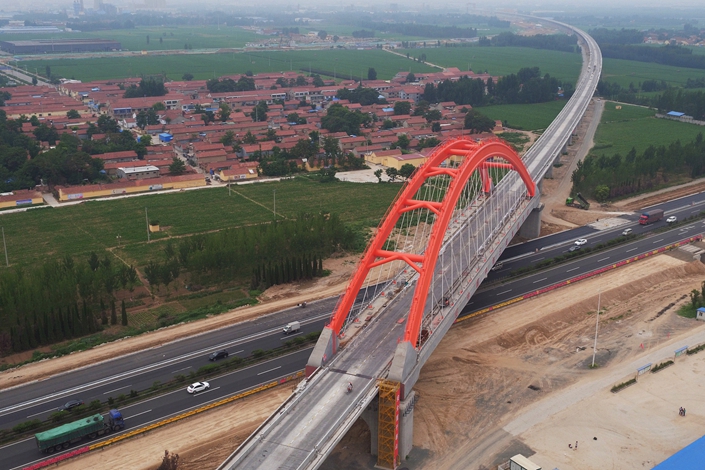 China’s governments at all levels finally have a set of comprehensive investment rules to follow. The State Council recently announced the Government Investment Regulations, China’s first administrative regulations concerning government investment. The regulations have been 18 years in the making. The process of formulating these regulations has been unusually complicated, showing how difficult it was to draft them, as well as how difficult it will be to implement them. Numerous difficulties must be urgently overcome in order to achieve rule of law in the area of government investment.

The difficult process of forming the regulations is a reflection of changing times. Drafting began in 2001, and a version was released in 2010 to seek public opinion. Official media outlets have repeatedly predicted that “there’s a possibility that the regulations will be released this year.” This prediction finally came true this month. The root cause is how, in an emerging and transforming China, the boundary between the government and the market is the subject of difficult exploration, and the position of government investment is also only slowly being clarified. Additionally, global and domestic economic fluctuations in recent years, and the entangled interests of various departments, have also closely affected the process. The release of the regulations after all these years is less like the “melon falling when the time is ripe” but rather brings to mind the Chinese proverb: “the arrow is on the bow, and there’s no choice but to shoot.” The fourth plenary session of the 18th CPC Central Committee decided to clearly mention the creation and improvement of regulations to manage investment, and the “hanging sword” of local government debt is the biggest real pressure behind the release of the new regulations.

The effective implementation of the new regulations will be a serious test for all levels of government. Will the implementation be as difficult as the drafting of the regulations? This depends on whether China can clear the various obstacles that once stood in the way of the regulations being released. All reforms progress differently, and it’s hard to make a judgment. There are some provisions in the new regulations that are more abstract and require further specification, while others require coordination between the development and reform and finance departments, among others. These imperfections still give the public reason to worry.

The shift from construction-focused finance to public finance was the real-world context for the drafting of the new regulations in the past two decades. This transformation, like the drafting process for the new regulations, has had many twists and turns. This is admittedly due in part to external factors like the global financial crisis. Unfortunately, a deeper reason is that the different levels of government became too entrenched in their various roles during the process of economic construction. At the moment, to weaken the role of the government in economic construction, and shift government finance toward providing public goods, China must continue to persevere in transforming the function of government. Otherwise, not only will the effect of government investment squeezing out private investment be difficult to avoid, the “illness” of local government debt will also be difficult to treat.

The efficacy government investment is also worth our attention. The funds used for government investment are the funds allocated in the budget, and closely affect every single taxpayer. Therefore, in addition to implementing the policymaking and approval processes for government investment stipulated by the new regulations, there should also be an active effort to improve the mechanism for assessing the effectiveness of government investment. Deliberation by the National People’s Congress, information disclosure, and public participation are all essential. Accountability is also an important safeguard for the proper implementation of the new regulations. The regulations devote more ink to the stipulation of legal liability and corresponding punishments, but there still needs to be seamless linking between the various ministries in terms of responsibility for managing government investment. In particular, the relationship between the National Development and Reform Commission and the Ministry of Finance needs to be further clarified.

Investment is a major instrument of government power. Through the new regulations, the government is setting rules for itself — the sincerity of this action is tangible and deserves recognition. However, we must guard against cutting corners during implementation, which will involve different departments on different levels. Some scholars have already suggested the passing of a Government Investment Law as soon as possible. This is a suggestion worth paying attention to. Now that the latest regulations have been released after an 18-year ordeal, the public hopes that effective implementation can hasten the process of extending rule of law into the field of government investment.