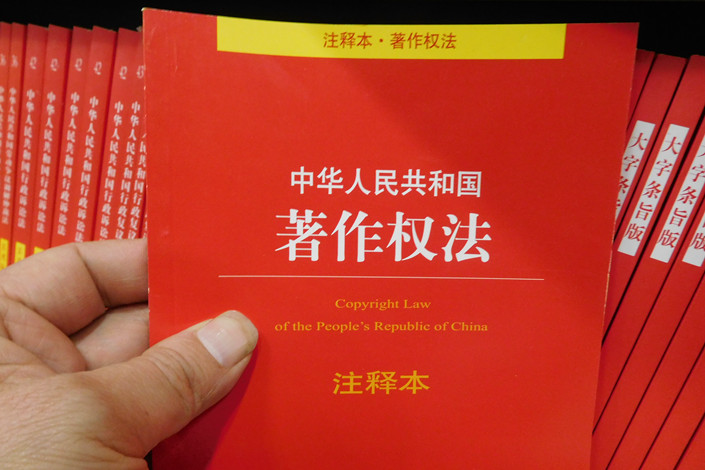 China’s Copyright Law is set to see a new round of revisions this year — the first amendments to the 29-year-old law since 2010.

The revisions are expected to include provisions on live broadcasts, new rules for digital products, and regulations on users’ rights over digital works they’ve paid for. Provisions for increasing compensation for those whose copyright is violated and greater punishments for violators may also be included.

Drafts of amendments to the law were presented in 2011 and 2014, but progress has been slow. The revision process has revived as China faces an extraordinary number of copyright lawsuits. A Supreme People’s Court source told Caixin that copyright cases account for 70% of intellectual property matters that come before the court.

The revisions were discussed at the biweekly session of the Chinese People’s Political Consultative Conference, China’s top political advisory body, this week. It was listed alongside 12 other laws on the government’s legislative plan for submission to the legislature for deliberation this year.

Intellectual property experts warned that a successful revision will have to tackle the many challenges brought by the rapid development of new technologies and the internet.

“It touches on so many different problems and many different interest groups in society have become more aware of copyright,” Zhang Ping, a professor at the Peking University School of Law, told Caixin. “Each group pays attention to its own interests, making it difficult to coordinate.”

For example, the law must reflect the interests of copyright owners in music, writing, film, and television while also reflecting the interests of holders of dissemination rights such as TV stations, publishing houses, radio stations and websites, Zhang said.

Zhang Weijun, a professor at Tongji University’s School of Law, agreed that it will be tough for legislation to strike the balance between protecting copyright holders and disseminators. The current system, though, must be amended. Infringement is all too common and difficult to effectively curb, but the rules governing copyright authorization and trade must be smoothed out, he said. At present, it is difficult to guarantee legitimate, convenient, and effective access to the authorization and dissemination of works, he said.

He pointed to sports broadcasting as an example. In its current form, China’s Copyright Law does not afford protections to live sports broadcasts. “Courts can’t find an appropriate legal basis to prohibit the pirating of live sports events online,” Zhang Weijun said.

Zhang Ping, too, mentioned live sports broadcasts as an area that needs clear regulation. He added that rights to television shows and films have also caused disputes. He questioned how online news aggregators such as Toutiao could be authorized to use other people’s work.

“I think the most prominent problem is determining the copyright boundaries in digital environments and adjusting reasonable use, such as reprinting and authorization online,” Zhang Ping said. “Should they be authorized one-by-one in advance? Or is there an open mode of authorization?”

Experts have also expressed disappointment with the latest amendment, implemented in 2010, which some say did not make any effective changes. Wu Handong, a member of the CPPCC and the former president of the Zhongnan University of Economics and Law, said during a speech at the CPPCC biweekly session that the 2001 amendment to the Copyright Law came about in order to satisfy WTO entry requirements. The 2010 amendments were made to fulfill relevant WTO rules.

The new amendments, he said, are being made to “participate in the construction of the global governance system for copyright,” to “adapt to the development of the new generation of information technology,” and finally to provide legal guarantees for the construction of “cultural power” and aid the development strategy of China’s culture “going up” and China’s cultural communication “going out.”

“The whole world is considering how the traditional Copyright Law should be positioned in the era of new technology and new business models,” Zhang Ping said. “This is a question that must have a legal answer and can no longer be avoided.”

This story has been updated to correct how often China’s top political advisory body meets. The sessions take place biweekly.