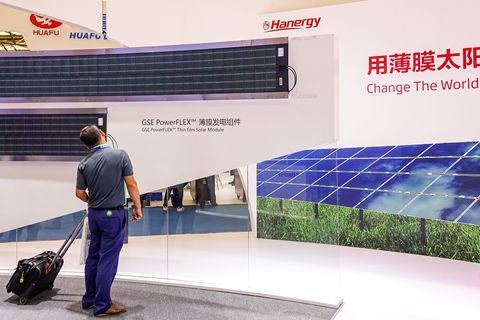 The wait is over. After suspending share trading for four years, Hong Kong-listed Hanergy Thin Film has decided to privatize itself.

The firm, a subsidiary of world-famous solar energy giant Hanergy, will delist from Hong Kong on June 11, according to a plan approved by its shareholders on Saturday.

After the privatization, shares belonging to existing shareholders will be temporarily transferred to shares of China Common Rich Renewable Energy Investment, a Hanergy Mobile subsidiary founded in the British Virgin Islands in February, according to company announcements.

An affiliate of Hanergy Mobile will seek an IPO on the Chinese mainland, Eddie Lam Yat Ming, a vice chairman of Hanergy Thin Film Power, said Saturday, without giving a timetable. The affiliate, if listed on the mainland, would then purchase China Common Rich’s shares to allow the latter’s shareholders to become its own – yet some investors worry their shares could eventually become nothing if the plan fails.