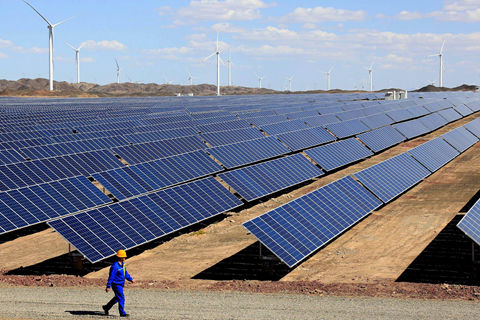 The training wheels are finally coming off China’s renewable energy industry, with the government announcing 20.8 gigawatts of projects that will compete with coal and other forms of generation without subsidies for the first time.

The country will build 20.8 gigawatts (GW) of clean energy projects across 16 provinces, the National Development and Reform Commission (NDRC) and the National Energy Administration said Wednesday.

Solar power projects will account for the bulk — 14.8 GW — of projects, while wind will make 4.51 GW. Project owners will only profit from selling the electricity they generate at prices equal to or less than coal power, and will not receive a boost from the government, as they had before.

China incubated its renewable generators for almost a decade, offering generous subsidies to promote the development of technology that offered an alternative to high-polluting coal power and which had high potential for export. The country’s installed solar capacity rose tenfold in just six years to 174 gigawatts (GW), while nine out of 10 of the planets biggest solar panel exporters call the country home.

The industry’s haphazard development led to a major buildup in subsidy payments, and the government unexpectedly pulled the plug on solar subsidy support at the end of last May, sparking panic among panel makers and solar farm owners. Since then, the government has vowed that new renewable projects will have to stand on their own feet.

The provinces of Guangdong and Heilongjiang will be home to the lion’s share of subsidy-free projects, developing 3GW each. Shaanxi and Henan provinces, and the Guangxi Zhuang Autonomous Region, are also strongly represented, with 2GW of projects each.

Related: China Puts Another Nail in the Coffin of Renewable Power Subsidies