China Puts Another Nail in the Coffin of Renewable Power Subsidies 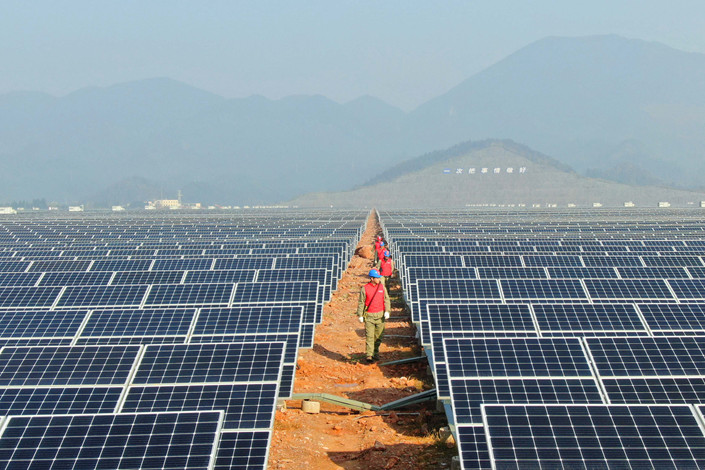 China’s National Energy Administration (NEA) further signaled that the era of major wind and photovoltaic (PV) subsidies is nearing its end, although the fate of a slew of offshore wind projects rushed through at the end of last year remains unclear.

In a bid to turbo-charge China’s transition away from highly-polluting coal power and to take the lead in renewable energy, the Chinese government offered generous subsidies to renewables developers. While China became a world leader in PV and wind technology, developers were also left out of pocket as the government struggled with a backlog of 140 billion yuan ($20.8 billion) in subsidy payments as of the end of last year.

The government is now prioritizing PV and wind projects that can go toe-to-toe with coal and other forms of generation without subsidy support, the NEA said in a draft document released (link in Chinese) on Friday.

Just 3 billion yuan of PV subsidies will be given out this year, with new projects to be graded on a three-tier scale, the draft said. Under the draft proposals, projects seeking government subsidies will have to compete with each other based on revised electricity prices. Approval priority will be given to projects offering prices most competitive with those of coal-power plants in the region, while PV projects graded to be in the less promising categories less likely to receive approval.

Subsidies for projects that fall under the government’s rural poverty alleviation scheme will be dealt with separately from the 3 billion yuan, the draft said. Of that 3 billion yuan, 750 million yuan will go to small-scale household PV projects, while the remaining 2.25 billion yuan has been earmarked for regular PV projects and distributed projects.

The allocation of subsidies for wind projects will continue to be organized by a different system linked to the 13th Five-Year Plan, the document said. However, priority will also be given to projects that are competitive with average local prices.

The fate of a slew of offshore wind projects approved at the end of last year remains less clear. After the government hinted last year that projects would have to compete for subsidies from 2019 onwards, coastal provinces rushed to approve 32 gigawatts (GW) of new offshore projects, according to Wood Mackenzie. This was in order to try to lock in an unrevised offshore wind subsidy price of 0.85 yuan/kWh, which is around three times as much currently given to onshore wind generators.

It remains unclear whether these projects will receive the higher 0.85 yuan/kWh rate. This would cost at least 800 billion yuan in subsidies through their lifecycle, and would run counter to the government’s goal, reckoned Li Xiaoyang, a senior analyst at Wood Mackenzie.

Peng Hao, the secretary general of industry group the China New Energy Investment Alliance, said that while the government is encouraging offshore wind power projects, local governments will need to consult with the NEA to try to secure subsidies, but the general trend is moving away from higher subsidies.

A previous version of this story incorrectly said that approval priority will be based purely on light resource efficiency, when the draft guidelines do not specify that this is the case. The article has been updated to reflect this.