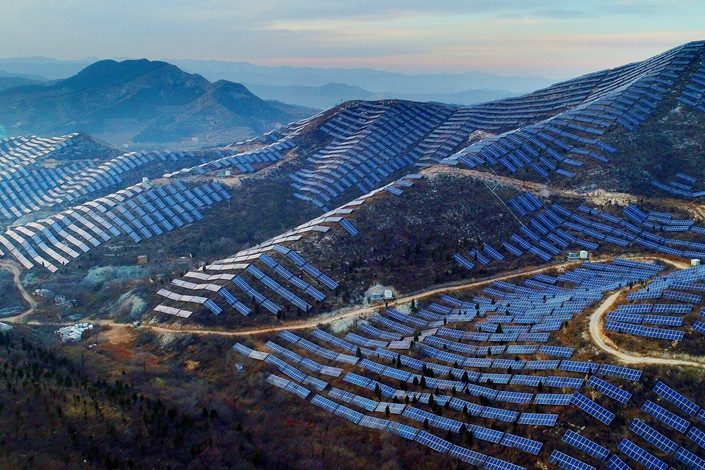 The regulators responsible for developing China’s renewable energy are working with the solar industry to streamline policy after a tumultuous 2018, but any hopes that they will reverse course away from the gradual phasing out of subsidies are likely to be dashed.

China is a world leader in solar technology. The country’s installed solar capacity has risen tenfold in just six years to 174 gigawatts (GW), while nine out of 10 of the planets biggest solar panel exporters call the country home. Yet much of this growth has come from an uncoordinated mix of policy incentives at the local and national levels, leading to a backlog of 60 billion yuan ($8.9 billion) in subsidy payments. The government unexpectedly pulled the plug on further support in March 31 last year, causing panic across the industry.

While the drained solar confidence has started to shine again, the National Energy Administration (NEA) met with various industry representatives Tuesday to outline draft rules on streamlining the system.

It said the Ministry of Finance has capped the total level of solar subsidies in 2019 at 3 billion yuan, excluding those part of rural poverty alleviation schemes, demonstrating its overall commitment to phasing subsidies out. “We can no longer walk the old road of development and debt,” emphasized Li Chuangjun, the deputy director of the NEA’s new energy department.

China installed an additional 44 GW of solar capacity last year, down 18% year-on-year, but exceeding the expectations of several analysts who thought the reduction in subsidies would cause a greater decline. While the NEA suggested at the meeting that 2019 will see an increase on that figure, a firm target has not yet been released as it is still consulting with the industry “to support healthy and stable development,” the China Photovoltaic Association said in a release (link in Chinese)

Many in the industry believe that the phasing out of subsidies will benefit solar development overall, as the cost of solar-generated power is reaching parity with that of coal power, and has already reached parity in some areas.

The meeting also revealed that the NEA is planning to increase the share of solar that is sold through market-based mechanisms such as direct sales and auctions. This is being promoted at a faster rate than many in the industry anticipated, an industry insider said, partly because many solar producers favor it over the previous subsidy-based system.

Specific policies are yet to be finalized, with several more meetings between government and industry representatives scheduled over the course of March.