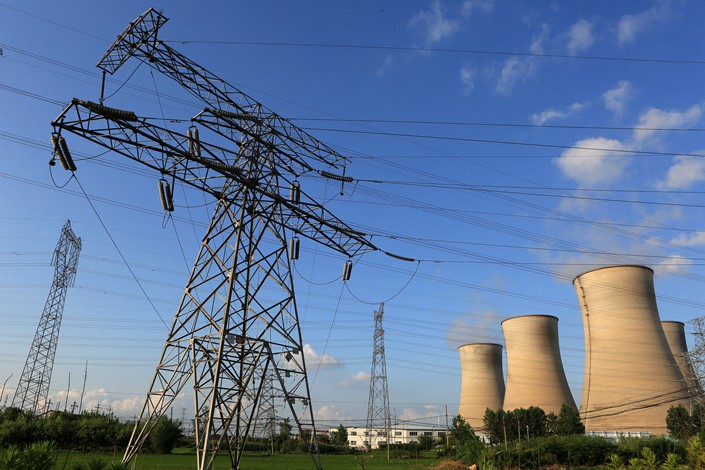 A new policy aims to get more power producers and users to trade electricity through market-based mechanisms rather than via the clunky state-set system.

The policy calls for coal-fired, renewables, nuclear plants, and captive coal-fired plants to start participating in electricity trading if they meet safety and environmental criteria, according to a policy released earlier this week by the National Development and Reform Commission (NDRC) and the National Energy Administration. All power consumers above a certain size are also encouraged to join, and the policy encourages local governments and grid companies to reduce barriers to cross-provincial electricity trading.

China is trying to rapidly increase the share of electricity sold through market-based mechanisms such as direct sales and centralized auctions, as the country pushes ahead with liberalizing its power sector to cut prices and boost efficiency.

Most electricity is still currently sold by producers at prices set by the grid companies under the supervision of the government. Because of the monopoly status of the grid operators, prices are sometimes unreasonably high despite the fact that China has an electricity-supply glut. The system also stifles competition between coal-fired power plants and renewable-energy producers, exacerbating severe curtailment problems in China’s wind and solar sectors.

Since reforms to the system began in 2015, electricity trading centers have been set up where power-generators negotiate supply contracts directly with end users, often at much lower prices than those set by the government. The number of power-trading companies has also ballooned in recent years. The latest document encourages both more power users and power generators to participate in this market-driven mechanism.

Captive power plants provide a localized source of power to users like large industrial plants, but can sell their surplus onto the grid. Few captive power plants are likely to meet the standards necessary to participate in marketized trading, however, according to Zhang Wenquan from Greenpeace East Asia.

From 2010 to 2016, 150.4 terawatt-hours, equivalent to as much as 16% of overall wind generation, was abandoned, according to a research paper by the Brookings Institution, a U.S. research group. Reducing barriers to inter-provincial electricity trading should help ease curtailment issues by incentivizing the transmission of renewable power from Northwest China, Zhang said.

The document calls for coal, steel, nonferrous metals, and construction materials companies in particular to participate in the electricity market, with their power consumptions and generation restrictions to be removed this year. Marketizing these energy-intensive industries’ electricity use would increase total marketized electricity use by 350 terawatt-hours, or 5% of China’s total power consumption, Zhang said. The move is likely a first step to exploring the feasibility of full marketization of other industries, Zhang said.

High-tech, internet and big-data companies are also encouraged to join the market without usage and voltage restrictions.