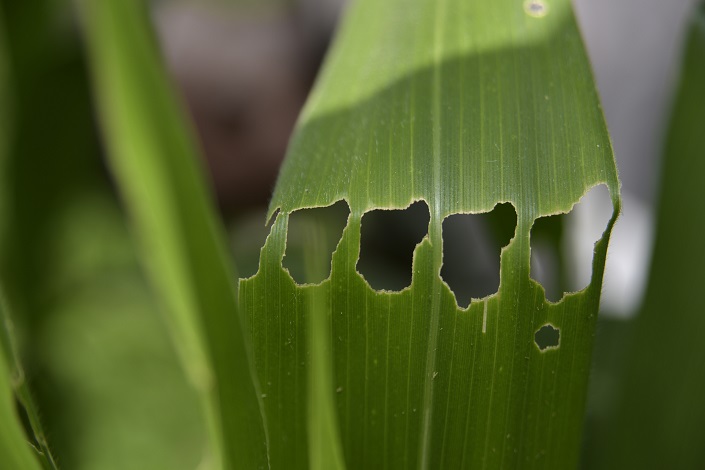 Fall armyworms, an invasive agricultural pest, have now marched into 14 province-level regions in China, according to government news agency Xinhua.

The armyworms, a type of moth caterpillar, can cause critical damage to crops like maize, rice and sorghum. As of May 21, more than 923 square kilometers of crops have been destroyed by fall armyworms in China — an increase of more than 200 square kilometers in under two weeks.

Agricultural experts expect that the armyworms will reach northern China next month, starting an annual migration cycle that could devastate farms. Local officials as far north as eastern China’s Shandong province have issued warnings to farmers about the pests.

Some pesticides recommended by the United Nations’ Food and Agriculture Organization have been tested in China and have been effective so far, Wang Zhenying, a director at the Chinese Academy of Agricultural Sciences, told Caixin. However, he noted that populations of fall armyworm can easily become resistant to specific pesticides, which means pesticide use will need to be strictly controlled.

Related: China Tells Farmers to 'Grab Crops From the Mouth' of Armyworms