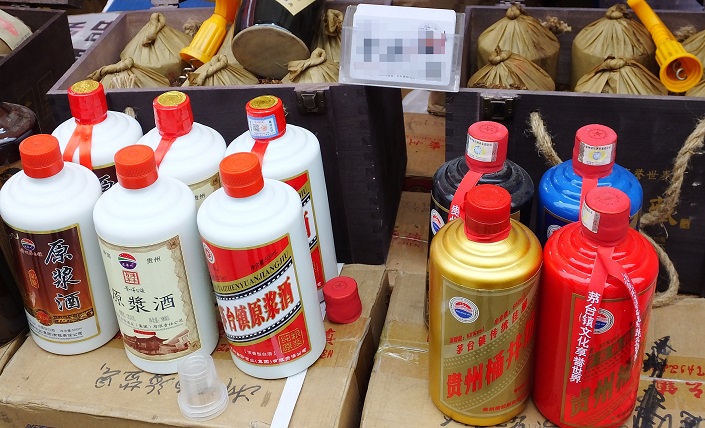 Now is not the best time to be a top official at Moutai, a name synonymous with liquor in China and also the world’s most valuable spirits maker.

Just days after word emerged that the company’s former chairman Yuan Renguo was being investigated for accepting massive bribes, the former head of Moutai’s e-commerce unit is also coming under the microscope. This time it’s Nie Yong who’s just been formally arrested after being booted from the company last November for inappropriate behavior.

Moutai listed a number of reasons for the dismissal at the time of Nie’s firing, including breaches of discipline and other unspecified “legal issues”, the former of which usually refers to corruption. A source close to the company told Caixin at least some of Nie’s transgressions stemmed from his opening of brick-and-mortar stores under his own name selling the famous liquor, which often retails for more than 1,000 yuan ($145) per bottle.

Nie’s detention was formally announced late Friday on a WeChat public account connected to the city of Tongren in Guizhou, the same province where Moutai is based.

Moutai’s stock was formerly a major highflyer due to its strong reputation as China’s premier liquor maker. But the froth has come off its shares since Yuan and now Nie have been formally arrested and their offenses detailed. Over the last five weeks the shares have lost about 10% of their value, wiping out more than $17 billion in market value.