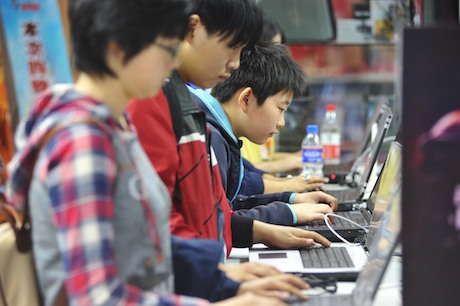 The short-video anti-addiction campaign is broadening.

Chinese authorities have launched anti-addiction projects on a slew of popular online video platforms over concerns that internet obsession is hurting teenagers.

After a March trial on three short video apps – Douyin, Kuaishou and Huoshan – authorities have rolled out similar restrictions on teen viewing time to an additional 18 additional online video platforms, following orders from the Cyberspace Administration of China (CAC).

As with before, this will embed a “teen mode” in the companies’ apps or websites that employs a pop-up window requesting user information, which determines her or his age. Younger users will face limitations on certain content and time usage.

For a great deal of online activity, China uses real-name authentication to ensure users are who they say they are, but it’s unclear if that would apply here.

CAC said that since its trial launch in March, 460 million users have received the pop-up alert requesting information.

An employee of Kuaishou, who asked to remain anonymous, said users who are under 16 years old are forced to go offline after using the app for 40 minutes, state-run media Global Times reported.

The drive, which officials said aims to provide “a good internet environment” for the growth of teenagers, comes amid Beijing's anxiety toward certain popular short-video apps and online games that have been blamed for causing internet addiction and poor eyesight among young people.