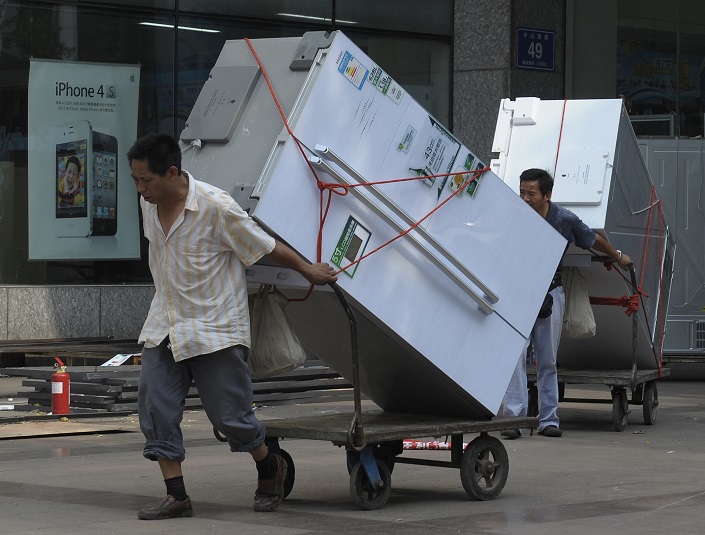 CFC-11 used to be commonly found in refrigerators. Photo: VCG

China’s environmental ministry has denied that the country is responsible for the large-scale release of a banned ozone-destroying gas, after a paper published in Nature blamed the country for a recent spike in emissions.

CFC-11, a type of chlorofluorocarbon historically used in fridges and spray cans, was effectively phased out internationally by the 1987 Montreal Protocol because of its damaging effect on the atmosphere’s protective ozone layer. But global emissions of CFC-11 appear to have increased in recent years, with emissions in Shandong and Hebei provinces possibly accounting for “at least 40% to 60%” of the increase, the recent article says.

At a Wednesday press briefing, China’s Ministry of Ecology and Environment (MEE) called the findings in the article unsubstantiated by national inspection results and domestic data. MEE spokesperson Liu Youbin said some experts had found “relatively major uncertainty” in the article’s methodology, without providing further details.

As a signatory to the Montreal Protocol, China has been taking emission issues seriously, and is willing to assist scientists with related research, Liu said.

This post has been updated to correct the name of the 1987 Montreal Protocol.