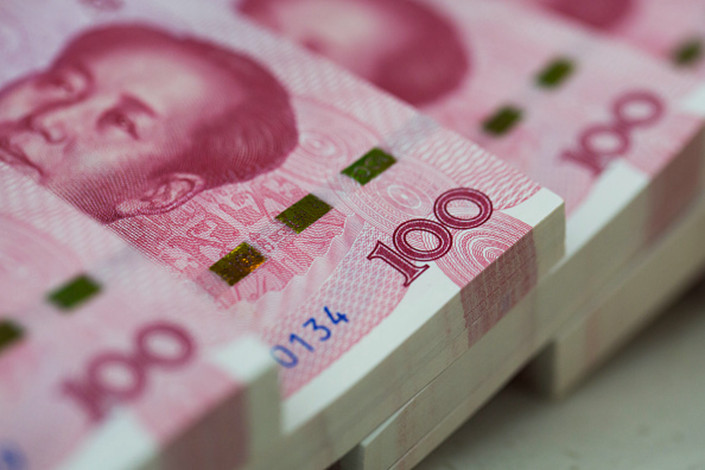 (Bloomberg) — A miserable month for China’s yuan is pressuring officials to decide how much they care about defending 7 a dollar.

The currency is down about 2.5% in May, headed for its worst drop since July and the biggest loss in Asia. It touched a five-month low of 6.9217 per dollar a week ago. With the G-20 summit in Japan next month, some strategists see an increasing chance that a trade war escalation could drive the yuan past 7 for the first time in more than a decade.

They don’t agree on the consequences. While Citigroup Inc. says a break of the key level may trigger a sell-off in stocks, competitive devaluation and even financial instability, Bank of America Merrill Lynch argues a weaker yuan is justified by slower growth, and that massive outflows aren’t likely.

What’s clearer is that risk of intervention is higher when 7 is in sight — the authorities dumped dollars and mopped up offshore liquidity repeatedly in recent years, and have come out with verbal support for the currency this week. This is the third time the yuan is close to testing that mark in the aftermath of a shock devaluation in 2015.

“What’s different this time is the intensification of trade tensions,” said Claudio Piron, co-head of Asian currency and rates strategy at BofAML. “When we look at all the tools that China has at its disposal, an adjustment in the yuan is the easiest one to use. The trick is to achieve it without scaring the rest of Asia.”

He added that the yuan may slide to 7.13 if China and the U.S. slap more tariffs on each other’s goods. The odds of a tumble beyond 7 within a year have doubled over the past month to 38% following the recent weakening, according to data compiled by Bloomberg based on option prices. The offshore yuan rose 0.08% to 6.9276 a dollar as of 9:21 a.m. in Hong Kong.

A weaker currency might be warranted by fundamentals. China’s economic recovery lost momentum in April, as exports fell and industrial output and retail sales came in weaker than expected. Also, a slide in the yuan is less likely to trigger the exodus of funds out of the country that was seen a few years ago because policy makers tightened capital controls.

Beijing has increased efforts to slow the fall as the G-20 meeting approaches. China’s top banking regulator has warned that traders would suffer “huge losses” if they short the yuan, and the central bank governor vowed to keep the currency stable. The PBOC has said it would issue bills in Hong Kong in the near term, a tool that limits liquidity and can strengthen the offshore yuan. Policymakers have also kept the daily fixing stronger than 6.9, even though the spot rate traded weaker than that level for most of the past week.

“The central bank is trying to smooth that pace of depreciation, but this is something that cannot be stopped by anybody’s will," said Linan Liu, a greater China macro strategist at Deutsche Bank AG. “It’s understandable the currency needs to adapt given the risk of the current account turning to deficit, economic growth slowing and slower investment flows or outflows.”

The falling yuan has made holding Chinese assets less appealing to foreigners. Overseas investors are on pace to sell more than 50 billion yuan ($7.2 billion) of the country’s equities in May, smashing the record of 18 billion yuan set just last month. That is helping to send the benchmark Shanghai Composite Index toward a 5.3% monthly loss, in line for the biggest since October.

Chi Lo, a greater China senior economist at BNP Paribas SA’s asset management arm, said a yuan weaker than 7 might push Beijing and Washington back to the negotiating table. That’s because a breach could trigger currency depreciation across the region and hurt U.S. equities, spurring President Donald Trump to make a deal, he said.

“I do not think the PBOC has a line in the sand at 7,” he said. “The PBOC may increase its tolerance of a weak renminbi that is driven by market forces.”