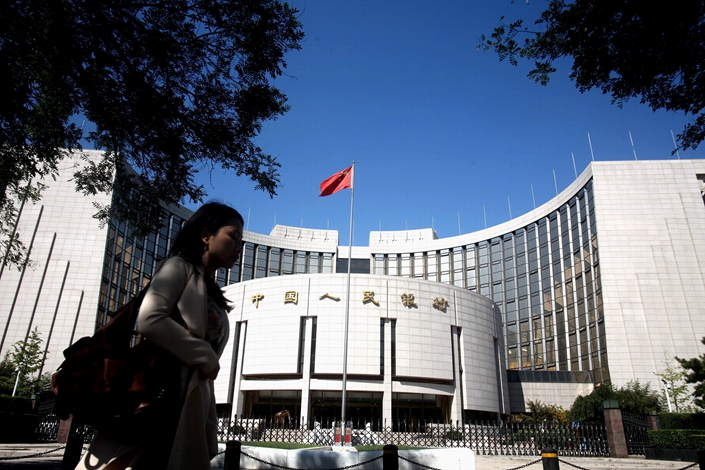 The merging of two interest rate tracks is expected to make new progress. Yi Gang, head of the Central Bank of China, recently said that the bank will no longer publish the benchmark lending rate, though the benchmark deposit rate will continue to play an important role.

The issue was discussed in a special column in the central bank’s newly released first quarter monetary policy implementation report. It can be said that, with the interest rate marketization reform approaching its conclusion, the central bank cannot do much work alone and will need to strengthen coordination and cooperation with financial departments and financial supervision departments. It is necessary to deepen the reform of the system in an all-around way to effectively guide the behavior of market participants with interest rates and price signals that truly reflect market supply and demand.

Interest rate marketization is one of the main areas of financial reform.

The theory of financial repression shows that the interweaving of interest rate controls, high reserve requirements for bank deposits, and compulsory credit allocation will reduce the efficiency and effectiveness of the banking system and accompany inflation risk. This reform in China began in the mid-1990s and has achieved remarkable results. At present, interest rate control has been liberalized and the benchmark interest rate system of the financial markets — represented by the Shanghai Interbank Offered Rate (Shibor), the Loan Prime Rate (LPR), and the Government Bond Yield Curve – have been established. The preliminary construction of the interest rate corridor mechanism has been completed and the self-regulation mechanisms of market interest rates have been explored. However, the current dual-track interest rate system of deposits and loan benchmark interest rates, marketized risk-free interest rates have not been eliminated, which not only affects the efficiency of monetary policy but also hinders the final stages of interest rate marketization reform. Therefore, the central bank has listed the merging of the two tracks as part of its key work for 2019.

For many years, the central bank spared no effort to promote the marketization of interest rates. Nowadays there are not many things it can do alone. The remaining obstacles require cooperation across different sectors. Building a multi-level financial market and deepening the reform of the system in an all-around way require concerted efforts from top to bottom. For example, China needs to build a sound and broad bond market. As a risk-free interest rate, the yield of treasury bonds is the basic reference for banks and other financial institutions to determine the interest rate, and treasury bonds can also be used as a tool in future for central bank operations in an open market. However, at present, China has not yet formed a yield curve of treasury bonds that accurately reflects the relationship between supply and demand in the market. In order to make the yuan join the SDR, China issued and traded three-month treasury bonds, an example of cooperation between the central bank the financial sector. In the future, they still need to strengthen policy coordination.

The more fundamental question is how to form an interest rate that truly reflects the market supply and demand and how this price signal can effectively guide the behavior of market participants. The two are mutually conditional and require reform of the system in an all-around way. Just as commodity prices were liberalized many years ago, the formalization of interest rate marketization can gradually force market participants to discover prices, and the liberalization of prices can also expose the irrationality of price ratios. However, can the current interest rate truly reflect the cost and income expectations of market participants? The answer is obvious. As we all know, the ownership preferences of commercial banks are deeply ingrained. State-owned enterprises have hidden guarantees and various subsidies from the government. Even under the system of lifelong accountability for loan liabilities, many banks have not taken the risk of bad debts from state-owned enterprises seriously. They tend to lend money to small and midsized enterprises and private enterprises. From the point of view of banks, this situation has its own justifications but it is extremely harmful to the long-term development of China’s economy. In recent years, the central government and regulatory authorities have announced policy innovations to tackle the financing problem, but the fundamental situation has not changed. To solve this problem, there is no other way but to strengthen the budget constraints of state-owned enterprises through institutional reforms and to practice the principle of competitive neutrality.

China’s financial reform over the last 40 has been a process of continuous breakthroughs in financial liberalization after countless reform aspirants have made great efforts. However, the phenomenon of financial repression still exists, and Deng Xiaoping’s “making banks into real banks” has yet to be fully realized. China is striving to build a high-level market economy and promote high-quality development. We should seize the core of the modern economy, namely modern finance and realize the marketization of interest rates as soon as possible.