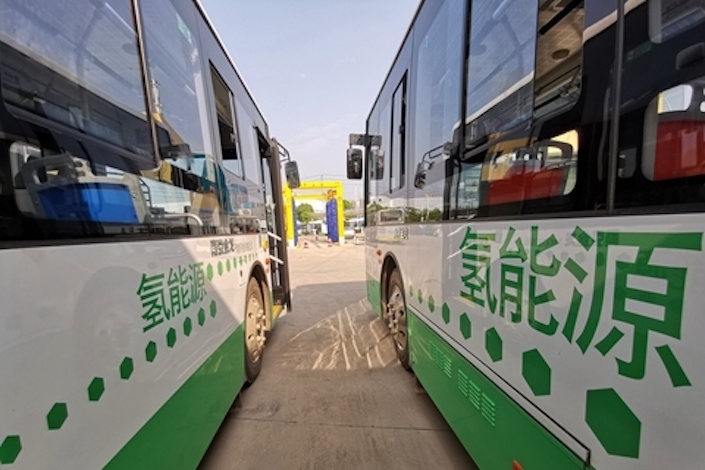 China is fueling up its green energy vehicle push with the completion of the country’s largest hydrogen filling station in Shanghai.

The station, completed earlier this week and built by Shanghai Yilan Energy and Technology, can fuel up hydrogen-burning cars with daily capacity of up to 1,920 kg of the gas, which produces water vapor as its only by-product. That’s enough to power up to 600 vehicles per day when the station in China’s financial capital becomes operational soon.

The expansion of hydrogen stations is expected to bolster Shanghai’s bus fleet that gets its mojo from hydrogen fuel cells and also encourage more use of green vehicles in general.

But some industry insiders remained skeptical. “It’s not enough to just build a hydrogen station,” one insider told Caixin. “There also has to be a certain scale of hydrogen vehicles, otherwise the station will not be able to operate effectively.”