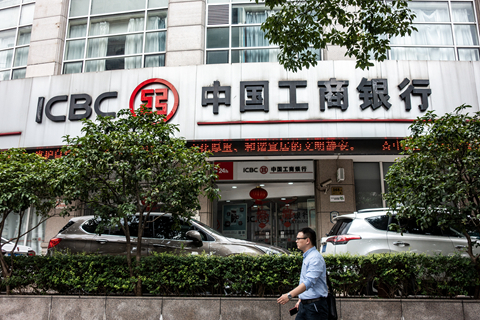 Employees at the Shanghai branch of the world’s biggest bank were surprised Friday by the announcement of a new president appointed by Communist Party authorities, Caixin has learned.

Fu Jie, head of the Shandong branch of the Industrial and Commercial Bank of China (ICBC), will temporarily replace Gu Guoming as the Shanghai branch chief after Gu was placed under investigation by the party’s top corruption watchdog.

The appointment was announced by an official from the Central Commission for Discipline Inspection installed at ICBC, rather than by ICBC chief Chen Siqing, who would normally have made the announcement, a source close to the matter told Caixin.

High-ranking bank executives told Caixin that the investigation into Gu, announced on Thursday, and Fu’s appointment had both happened “very suddenly,” and that “there were no signs” before the CCDI’s announcements.

This story has been updated to correct the headline to avoid speculating on whether or not ICBC head Chen Siqing knew about the appointment of the new branch president. The updated post also corrects information about who announced the appointment.