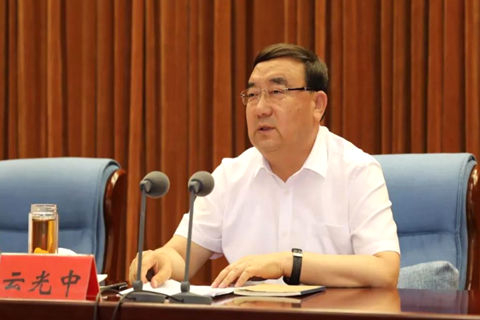 The Communist Party chief of Inner Mongolia’s capital, Hohhot, has been placed under investigation on suspicion of corruption, the party’s top graft buster announced Tuesday.

Yun Guangzhong, who became party chief of Hohhot in November 2016, is suspected of “severe violations of law and discipline” — a euphemism for corruption — the Central Commission for Discipline Inspection said, without giving further details.

Yun was last seen in public on June 6, when he gave a speech at a law enforcement conference, according to local state-run media.