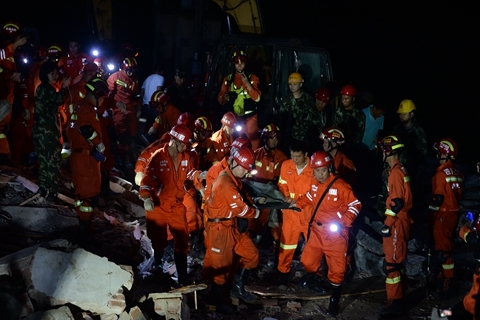 The death toll from a strong earthquake in Sichuan province Monday night has risen to 12, with 125 injured, officials said.

The official earthquake monitoring department said there had been over 60 aftershocks with magnitude greater than 2, and warned they could also be destructive.

Sichuan was the location of one of modern China’s most devastating earthquakes. In 2008, an 8.0-magnitude quake struck the county of Wenchuan and killed nearly 70,000 people in the surrounding areas. Tremors were felt more than 1,000 miles away in Beijing and Shanghai.

Related: In Depth: Earthquakes Are the Latest Setback to China’s Fracking Ambitions