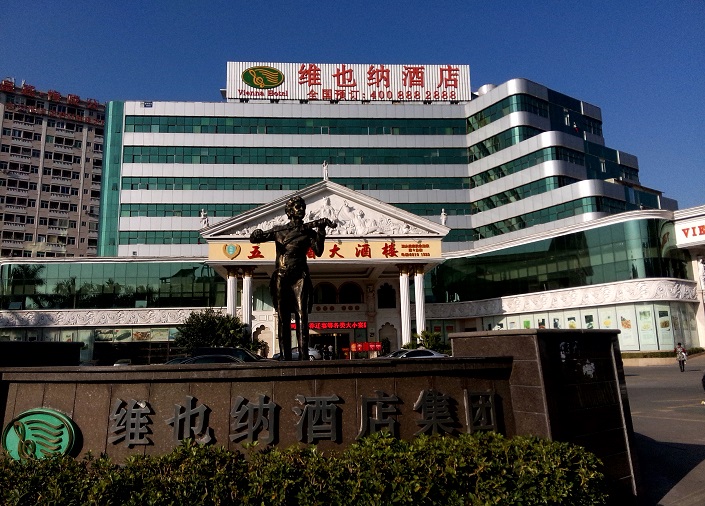 Chinese hotel chain Vienna Hotel has been legally named after Austria’s capital since 2012 — but now a local government is complaining that the name shows a “servile attitude to foreign things.”

The criticism, leveled by the Hainan province government, is part of a national campaign against “improper” building and place names.

One residential development in West China’s Xi’an city has been told its name, “Long’s Capitol Hill Residential Area,” is an "exaggeration" of reality. Meanwhile, “Coral Palace,” the name of a building in Hainan, is allegedly also too “feudal” for the government’s taste.

These places and businesses have been asked to change their names, prompting skepticism from social media users and owners, who say they can’t understand why they should go through the logistical hassle of changing names that have been in place for years.

The national campaign, which started in December, is aimed at ridding China of place names that "exaggerate functions, use Chinese characters for foreign names, pursue strangeness, or imply vulgar or feudalistic meanings."

An official who wished to stay anonymous due to the sensitivity of the issue told Caixin that local governments knew the changes would be met with skepticism, but had no choice but to “implement policies decided by the top.”

An official from Xi’an told Caixin that the government would offer compensation to those living in or owning affected buildings.