Tesla to Revamp Asia Business to Focus on China 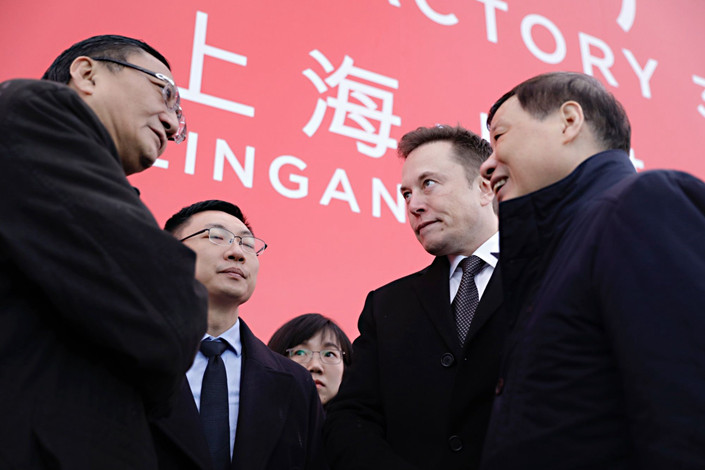 (Bloomberg) — Tesla Inc. is revamping its organization in Asia to put more focus on China as the company prepares to start manufacturing in the world’s largest electric-car market, people familiar with the matter said.

The company is dismantling its Asia Pacific business unit and forming a new division for Greater China that will cover the Chinese mainland as well as Hong Kong, Taiwan and Macao, the people said, asking not to be named as the plan hasn’t been announced publicly. Tom Zhu, who took over as vice president of Asia Pacific operations from Robin Ren in 2018, will head the division, they said.

CEO Elon Musk is betting on China, Tesla’s biggest market after the U.S., to boost sales and restore investor confidence that has slumped along with the company’s stock this year. Tesla is building a factory in Shanghai that is slated to start operating later this year and bolster competitiveness in a country crowded with hundreds of electric-vehicle rivals.

Zhu will continue to lead the Shanghai factory operation, which he took charge of last year after managing other aspects of Tesla’s China business, including the rollout of its supercharger stations. He will also head sales and training for the country and a number of other teams, the people said. The Asia-Pacific region’s other teams will report to Tesla’s head office in Palo Alto, California, they said.

The need for Tesla to expand beyond the U.S. was highlighted by its latest quarterly results, which missed analysts’ projections. The halving of a federal tax incentive for Tesla purchases starting in January dragged on U.S. demand in the quarter, and Tesla struggled to offset that drop by starting deliveries of the Model 3 in Europe and China.