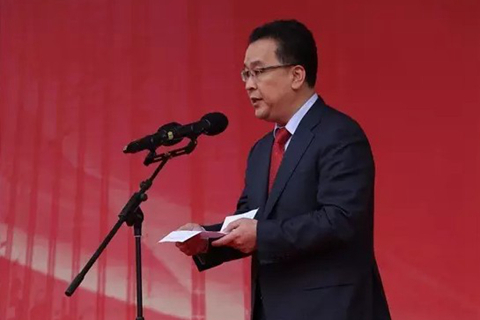 The chief of a provincial government-backed newspaper became the latest target of China’s anti-corruption crackdown.

Yu Shan, president and Communist Party chief of Hebei Daily, has been placed under investigation on “suspicion of severe violations of law and discipline,” the provincial anti-graft watchdog said Wednesday in a brief statement.

The graft buster didn’t provide any detail about Yu’s probe, but the phrase often refers to corruption.

Yu, 58, became the chief of Hebei Daily in December 2014. Previously, he worked as the publicity director of the Tangshan city government in Hebei.