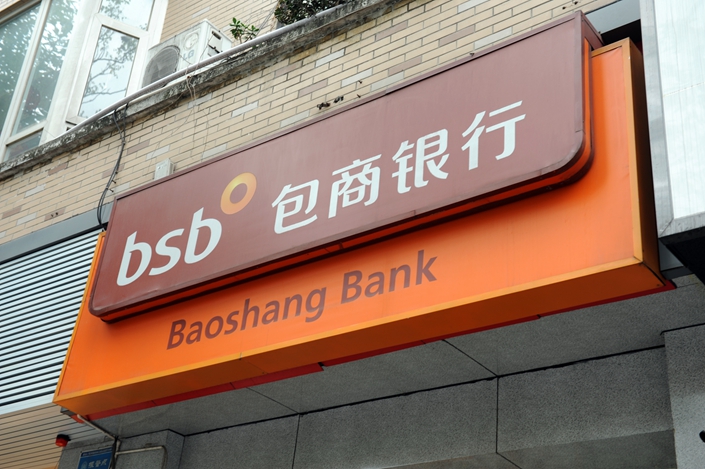 Baoshang is not an isolated case and reflects the troubles faced by other smaller banks. Photo: IC Photo

The Baoshang Bank incident is one of the most serious credit risk events China’s banking industry has seen in the last 20 years. Although there is a precedent for a state takeover — Hainan Development Bank was put under government control in 1998 and closed down — this is the first time a commercial bank has been seized by regulatory authorities while it was still operating and kept open for business.

Baoshang Bank was set up in 1998, and in 2006 and 2007 it was named by China’s banking regulator as one of the seven least risky city commercial banks. The story of how the bank ended up in the hands of the authorities is a typical case of greed —the pursuit of excessive profit and a total disregard of risk and responsibility.

There were many clues that the bank was in trouble before the official announcement of its seizure. Profit growth plummeted to single digits in 2012 and 2013 and its non-performing loan (NPL) ratio rose sharply. At the end of 2017, its NPL ratio was over 3.25%, more than double the national average, and its overdue loans surged 54% to 11.36 billion yuan ($1.65 billion) from 7.37 billion yuan a year earlier. The bank’s Tier 1 capital adequacy ratio (CAR) stood at 7.33% at the end of the first half of 2017, below the regulatory minimum.

In addition to the growing risks reflected in these indicators, the concentration of borrowers and their questionable creditworthiness only added to the concerns. According to the bank’s 2016 annual report, loans to its 10 largest borrowers was equivalent to 28% of its net capital and went mostly to manufacturing, property and retailing, the first two being industries noted for their high credit risks. The bank has failed to publish its 2017 and 2018 annual reports and accounts.

Baoshang Bank is a classic example of excessive credit expansion that came against a backdrop of lax internal risk control. Its theory of lending to small and micro enterprises was: there are no bad customers, only bad banks.

According to court records, Baoshang Bank has been involved in more than 10,000 lawsuits over issues including loans, guarantees, pledges, and compensation claims. Of these, 250 were criminal cases concerning loan and financial note fraud. In one case, two bank staff were convicted of taking bribes and illegally issuing loans, which resulted in the bank losing 200 million yuan which has not been recovered.

It’s also worth noting that over the last few years, Baoshang Bank became increasingly exposed to off-balance-sheet non-standard assets through channels such as trusts and asset management companies, which inflated risks for the company. But amid an increasingly strict regulatory environment, the contribution of non-standard assets to the bank’s revenue was unsustainable.

But as the bank’s assets expanded rapidly, the quality of the liabilities on its balance sheet deteriorated as it became increasingly dependent on the interbank market to support growth. Ordinary bank deposits, which traditionally support asset expansion, fell to around 40% of the bank’s liabilities by the third quarter of 2017, down from almost 60% in 2014. Baoshang Bank became a big player in the interbank market — of the 69.78 billion yuan of outstanding debt securities on its books, 58.28 billion yuan were interbank certificates of deposit (CDs). The bank had total liabilities of 503.4 billion yuan at the end of the third quarter of 2018, of which interbank liabilities accounted for 221.1 billion yuan, including CDs, more than 40% higher than the ceiling set by the banking regulator.

The collapse of Baoshang Bank reflects a shocking lack of internal risk control, but in terms of the problems exposed by the takeover, the bank is far from an isolated case. The National Audit Office found many small banks in seven provincial-level regions suffered from high NPL ratios, low CARs and hidden non-performing assets, according to a report released in April.

Benchmarking against the Basel III international banking regulations, systemically important banks in China have established standardized operational and risk control systems and major banks are currently stable. However, if financial risks at a large number of city commercial banks and small and medium-sized banks continue to accumulate, they may explode at some point, triggering a systemic liquidity risk which could seriously damage the stability of the money market.

Risk control in China’s banking system is based on CAR, the standard measurement of bank risk in the international community, which is aimed at ensuring the stable operation of banks, preventing systemic risks, maintaining financial stability, and protecting the interests of the majority of depositors.

A bank’s ability to expand is constrained by the CAR. In order to meet the CAR requirements, large stated-owned banks can choose to rein in the pace of growth of their risk-weighted assets, reduce the amount of loans they make, and invest more in less risky assets such as bonds issued by the Chinese government and local governments. Although this will make it more difficult for small and micro companies to get bank financing, it avoids a further deterioration in the quality of banks’ credit assets and an aggravation of systemic financial risks.

But city commercial banks and small and medium-sized banks behave differently because of the way they are funded. Large banks have access to a huge pool of deposits from state-backed institutions, and corporate payrolls. It’s also easier for them to raise money through equity financing. But smaller banks don’t have these advantages and their cost of capital is much higher than state-owned banks. That means they have to pursue higher-yielding assets, which are naturally riskier. Consequently, they have a mad urge to expand assets and liabilities which leads to a continuous accumulation of credit and liquidity risks.

If city commercial banks and small and medium-sized banks want to increase their profits, they have to issue more high-risk loans and borrow more money in the interbank market. This strategy has two obvious disadvantages — one, it increases operational risk and two, it creates a maturity mismatch between assets and liabilities. Credit and liquidity risks will definitely accumulate in a bank that relies on interbank liabilities, which are usually short-term, to support their high-risk lending, which is usually long-term.

Looking to the future, we need to let the market play a decisive role in allocating financial resources. There is a strong need to set up new institutional arrangements because the old system is unable to fulfill the mission of regulating and managing new risks in the financial system. This will involve ownership reform of state-owned financial institutions, overhauling the financial resource pricing model and moving to a market-based interest-rate system, improving the regulatory system and building a modern financial safety net.

The Baoshang Bank credit event demonstrates that when establishing an exit mechanism for failed banks, accumulated systemic risks need to be taken into consideration and resolved through a sound financial supervision arrangement.

A significant amount of interbank liabilities have been issued on the basis of so-called “rigid redemption,” an assumption that they carry an implicit government guarantee because the authorities won’t allow a bank to fail. That means the pricing of those liabilities does not include a risk premium. If the regulator suddenly announces the bankruptcy of a lender, that could lead to a sudden one-off adjustment in prices that may cause market volatility. Creditors who hold the interbank liabilities of small and medium-sized banks could immediately withdraw their money to reduce their risk exposure, which could spread through the market, damaging liquidity and affecting other, unrelated banks. This kind of liquidity event could lead to a financial crisis and explains why the regulator provided state backing to Baoshang Bank.

Supply-side structural reform in the financial sector will bring market-oriented competition that will lead to natural selection and survival of the fittest. As yet, China hasn’t developed a market-based mechanism to deal with problematic banks, although a deposit insurance mechanism was set up in 2015. The current method, which relies on the central bank’s relending business, imposes a significant burden on the entire financial system. It also creates moral hazard due to the different rights, responsibilities and interests of the parties involved in sorting out problematic banks’ assets and liabilities. In addition, the opportunity costs for other banks to take risks are low, which could lead to a vicious circle of risky lending, rescue and more risky lending.

It is therefore essential for the financial industry to have market-oriented competition and a market-oriented exit mechanism. Meanwhile the central bank, as the lender of last resort, should decisively inject liquidity through open market operations when necessary, to ward off any potential systemic liquidity shocks that could trigger a financial crisis.

Editor’s note: This commentary has been edited for length and clarity.