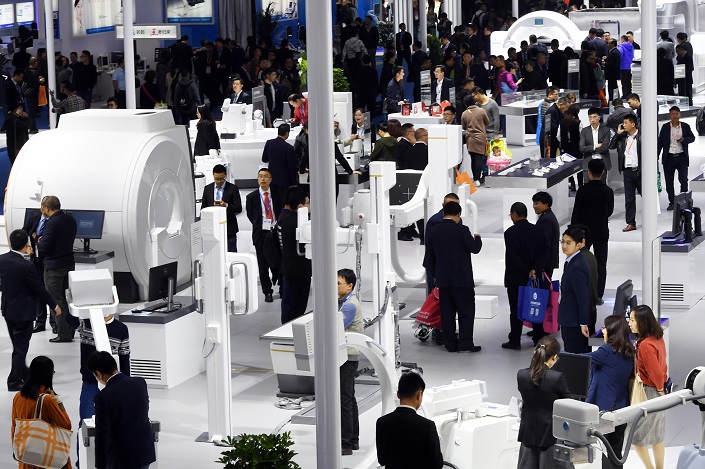 Chinese artificial-heart maker Suzhou Tongxin Medical Equipment has received a transfusion of funding that values the company at around 1 billion yuan ($145 million).

The medical-device company received 102 million yuan from larger industry peer Blue Sail Medical, in exchange for a 10.16% stake in Tongxin, according to a recent statement from Blue Sail.

Tongxin makes magnetically-suspended artificial blood pumps which are designed to replace the human heart. They are undergoing clinical trials in China after being fast-tracked through the approval process by the National Medical Products Administration, state-run Xinhua News Agency reported.

According to Blue Sail, the device has already been successfully trialed on four human patients.

The company is now applying for clinical trial approval from the U.S. Food and Drug Administration.

The Chinese government has ambitious aims for high-end medical device sector. According to the "Made in China 2025" manufacturing plan, China aims to increase the domestically produced share of sophisticated medical devices such as pacemakers and implants in Chinese hospitals to 50% by 2020, and to 70% by 2025.

Related: In Depth: Domestic Medical-Device Startups Struggling To Cut Through