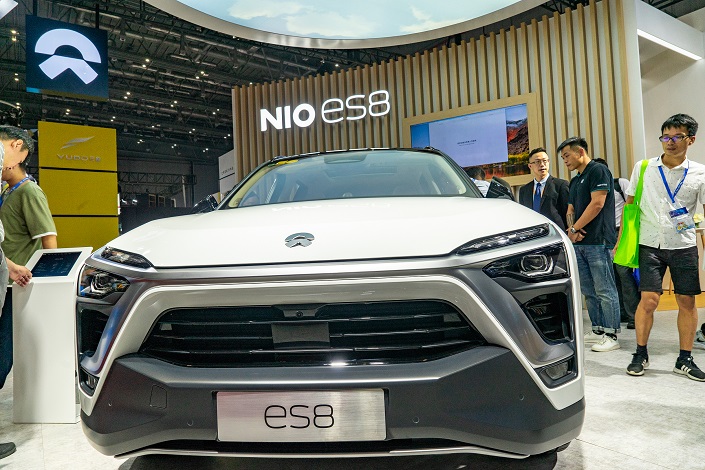 Chinese electric-car maker Nio is recalling 4,803 of its ES8 vehicles due to battery safety concerns, the company announced Thursday. The recall affects nearly 30% of all vehicles ever delivered by Nio, as of May.

The battery boxes in the recalled SUVs might contain “improperly placed" wires that could cause problems including short circuits, Nio explained.

The company said the recall was made after it had investigated recent incidents involving ES8 cars. Nio has announced four safety incidents on its Weibo account since April.

The company said the vehicles involved in the four incidents all came with the same NEV-P50 battery box.

The battery box was designed jointly by Nio and battery giant CATL. CATL said in a statement that it will cooperate with Nio’s recall, and said the faulty design had only been used on Nio's ES8. A conflict between one component provided by Nio and the rest of the battery could cause safety incidents in some "extreme situations," CATL said.