Opinion: A Future Without Currency Wars? 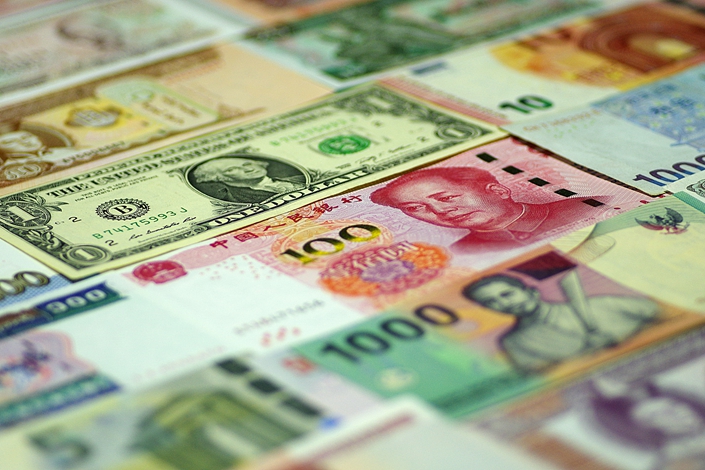 Facebook's Libra digital coin will be pegged to a basket of government-issued currencies. Photo: IC Photo

The terrible experience of the 1930s should remind us that trade and currency wars go together like a horse and carriage. Now that U.S. President Donald Trump’s administration is fully implementing his protectionist “America First” agenda, it is only a matter of time before a currency conflict erupts.

There has not been a full-scale currency war in quite some time, though the world came close after the 2008 financial crisis, when then-Brazilian Finance Minister Guido Mantega used the term to describe America’s extraordinarily low interest rates. Following the United States, Japan and Europe seemed to adopt similar strategies of export promotion, and a depreciated exchange rate became an unheralded but central feature of economic recovery in advanced economies.

Similarly, after 2012, the euro crisis started to look more manageable only after the euro began depreciating against the dollar. And as many economists in the United Kingdom had already pointed out, a flexible exchange rate had given the U.K., in contrast to the eurozone countries, a uniquely effective tool for managing the shocks of the period.

At any rate, the post-crisis currency concerns soon faded, owing largely to the major central banks’ simultaneous pursuit of quantitative easing (QE), which just so happened to affect exchange rates. The first potential currency war of the 21st century gave way to an indecisive and fragile truce. But if any major economy were to adopt protectionism to gain an advantage over others, the currency question would come back to the fore.

After all, in the hands of policymakers so inclined, national currencies are an obvious economic weapon. That is why the 44 countries that participated in the 1944 Bretton Woods Conference agreed on a framework to ensure stable exchange rates. The U.S. held the dominant negotiating position, and it was committed to establishing an open international order free of tariffs and trade wars. For every other country, there was no real choice but to settle on an exchange rate that would allow it to maintain a roughly balanced external account.

Since then, the threat of a trade war has always implied the return of the currency debate. In today’s escalating conflict, it was inevitable that Trump would eventually focus on other countries’ monetary policies. He has long accused China of undervaluing its currency (even when it has been doing precisely the opposite). And in response to European Central Bank (ECB) President Mario Draghi’s recent announcement of a new round of QE, Trump tweeted, “They have been getting away with this for years, along with China and others.”

As in the 1930s, currency warfare is attractive to those who view geopolitics as a zero-sum game. Trump’s attacks on the ECB are partly about trade, but they are also meant to drive a wedge between EU member states. As critics of the European monetary regime have long complained, Germany enjoys a lower external exchange rate with the euro than it would have had with the Deutschmark. And in Trump’s view, Germany maintains a mercantilist policy to favor its own exporters, although the U.S.-led Bretton Woods order was designed precisely to prevent mercantilism and its attendant competitive devaluations.

Still, in the view of John Maynard Keynes, one of the architects of Bretton Woods, the postwar arrangement should have gone much further, by including institutional checks to penalize countries with large surpluses or deficits. Penalizing trade imbalances would have gone hand in hand with his plan for a new global monetary system, which would have been based on a universal synthetic currency called “bancor” (a French compound word for bank-created gold).

As Draghi pointed out in the speech that attracted Trump’s ire, the euro was originally framed as a mechanism for eliminating competitive devaluations. Ever since Keynes, efforts to revive the idea of a non-national general currency — such as that by the economist Robert A. Mundell in the 1960s — had been constant and futile.

But now, new technology has brought the possibility of a global currency within reach. Just last month, Facebook unveiled its plans for a digital coin, Libra, which will be pegged to a basket of government-issued currencies. According to Facebook, the initiative is designed to reach the world’s poorest people, including many of the 1.7 billion without a bank account.

A broad user base is essential to ensure that Libra serves primarily as a means of exchange, not as a tool of financial speculation. That makes it the antithesis of first-generation blockchain currencies such as Bitcoin, which is subject to artificial scarcity maintained through the process of “mining.” To be sure, the overwhelmingly negative reaction to Facebook’s Libra announcement has been discouraging. And yet, were an alternative currency based on multiple assets broadly adopted, it would not be as destabilizing as its critics claim.

With a truly universal currency, users would both buy and sell goods and services, including labor, which means that wages would have to be set in a non-national currency. The new dispensation would make the existence of multiple currencies in one territory look like a throwback to the pre-modern world, when gold and silver coins fluctuated in value against each other. And that might not be a bad outcome.

The fluctuation in value of gold and silver, it is worth remembering, allowed for greater wage flexibility, and thus less unemployment. And the wider the use of a global currency (or multiple global currencies), the less viable a currency war becomes. Technology is reviving the twentieth-century dream of a global monetary system free of the disruptions caused by economic nationalism. The key to realizing it is to sever the link – as the euro has begun to do – between money and the nation-state.

Harold James is professor of history and international affairs at Princeton University and a senior fellow at the Center for International Governance Innovation.