Opinion: Facebook’s Libra Must Be Stopped 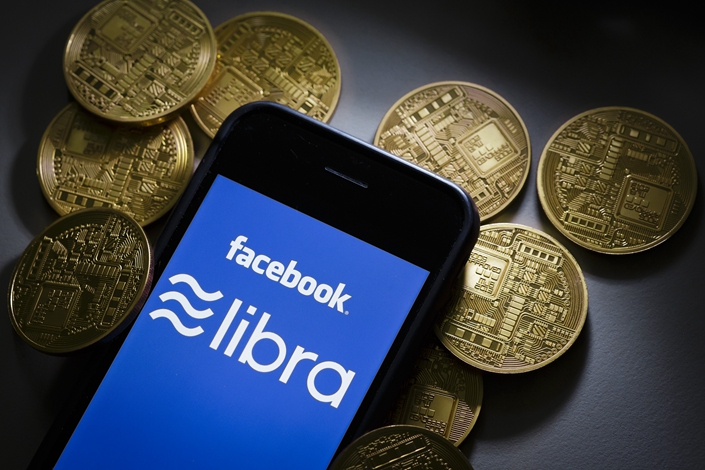 Facebook’s Libra is a cryptocurrency designed to function as private money anywhere on the planet. Photo: VCG

Facebook has just unveiled its latest bid for world domination: Libra, a cryptocurrency designed to function as private money anywhere on the planet. In preparing the venture, Facebook CEO Mark Zuckerberg has been in negotiations with central banks, regulators and 27 partner companies, each of which will contribute at least $10 million. For fear of raising safety concerns, Facebook has avoided working directly with any commercial banks.

Zuckerberg seems to understand that technological innovation alone will not ensure Libra’s success. He also needs a commitment from governments to enforce the web of contractual relations underpinning the currency, and to endorse the use of their own currencies as collateral. Should Libra ever face a run, central banks would be obliged to provide liquidity.

The question is whether governments understand the risks to financial stability that such a system would entail. The idea of a private, frictionless payment system with 2.6 billion active users may sound attractive. But as every banker and monetary policymaker knows, payment systems require a level of liquidity backstopping that no private entity can provide.

Unlike states, private parties must operate within their means, and cannot unilaterally impose financial obligations on others as needed. That means they cannot rescue themselves; they must be bailed out by states, or be permitted to fail. Moreover, even when it comes to states, currency pegs offer only an illusion of safety. Plenty of countries have had to break such pegs, always while insisting that “this time is different.”

What sets Facebook apart from other issuers of “private money” is its size, global reach, and willingness to “move fast and break things.” It is easy to imagine a scenario in which rescuing Libra could require more liquidity than any one state could provide. Recall Ireland after the 2008 financial crisis. When the government announced that it would assume the private banking sector’s liabilities, the country plunged into a sovereign debt crisis. Next to a behemoth like Facebook, many nation-states could end up looking a lot like Ireland.

Facebook is barreling ahead as if Libra was just another private enterprise. But like many other financial intermediaries before it, the company is promising something that it cannot possibly deliver on its own: the protection of the currency’s value. Libra, we are told, will be pegged to a basket of currencies (fiat money issued by governments), and convertible on demand and at any cost. But this guarantee rests on an illusion, because neither Facebook nor any other private party involved will have access to unlimited stores of the pegged currencies.

To understand what happens when regulators sit on their hands while financial innovators create put options, consider the debacle with money market funds in September 2008. Investors in money market funds were promised that they could treat their holdings like a bank account, meaning they could withdraw as much money as they put in whenever they wanted. But when Lehman Brothers collapsed, investors in the funds all tried to cash out at the same time, whereupon it became clear that many funds could not deliver. To forestall a widespread run on all money market funds and the banks that backed them, the U.S. Federal Reserve stepped in to offer liquidity support. A run on Libra would require support on a much larger scale, as well as close coordination among all central banks affected by it.

Given these massive risks, governments must step in and stop Libra before it launches next year. Otherwise, as Maxine Waters, chairwoman of the U.S. House Committee on Financial Services, has warned, governments may as well start drafting their own living wills. In the parlance of finance and banking, a “living will” is a written plan that banks provide to regulators describing how they will unwind themselves in the event of insolvency. In the case of a government, a living will would have to explain how the relevant authorities would respond to Libra breaking its peg and triggering a global run.

Obviously, this raises a number of pertinent questions. Would governments vow, like former Fed chairman Ben Bernanke in September 2008, followed by European Central Bank President Mario Draghi in July 2012, to do “whatever it takes” to ensure the currency’s survival? Would they even have the capacity to do so, let alone coordinate their actions — and share losses — with all the other countries involved? Would governments be able to seize control of the system if it proves incapable of sustaining itself?

Silence in response to Facebook’s announcement this week is tantamount to endorsing its dangerous new venture. Governments must not allow private, profit-seeking parties to put the entire global financial system at risk. If banks are “too big to fail,” then states definitely are. If governments fail to protect us from Facebook’s latest act of hubris, we will all pay the price for it.

Katharina Pistor is professor of comparative law at Columbia Law School. She is the author of “The Code of Capital: How the Law Creates Wealth and Inequality.”