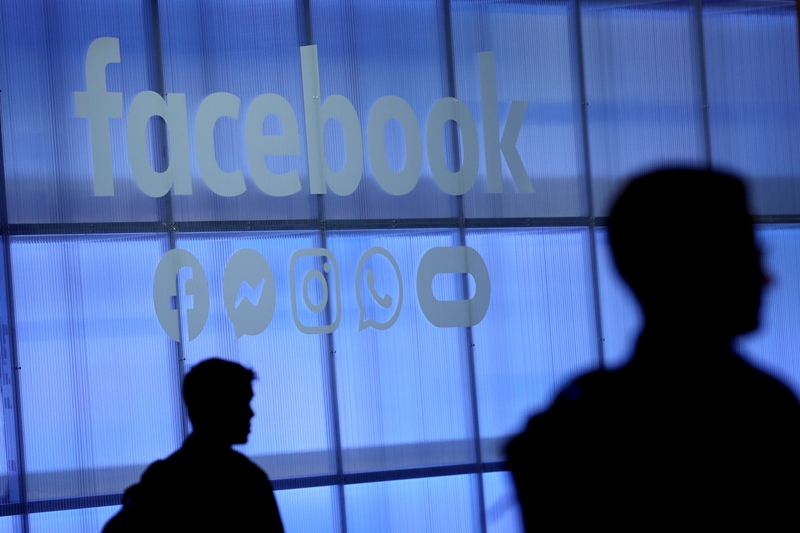 Facebook Inc. threw a bombshell into global virtual currency and financial markets just over a week ago by unveiling its plan to introduce a new cryptocurrency called Libra. It immediately stirred debates over the currency’s technology, use and supervision.

With 2.7 billion users across its platform, Facebook will launch Libra from a starting point with which others can hardly compete. The new cryptocurrency would allow users to make payments and transfer money through third-party digital wallets or Facebook’s own Calibra wallet. Calibra will be built into Facebook apps including WhatsApp, Messenger and Instagram, which have become part of billions of people’s daily lives.

Libra also has the backing of industry heavyweights including Mastercard, Visa, PayPal, Booking Holdings, eBay, Lyft and Uber. They formed the so-called Libra Association to govern the new cryptocurrency and support the development of its network. The Geneva-based association is expected to expand to 100 members by Libra’s planned launch in 2020.

Facebook CEO Mark Zuckerberg described his vision for the company’s foray into the payment business at a conference with developers in April. “I believe it should be as easy to send money to someone as it is to send a photo,” he said.

In a white paper on the Libra project issued June 18 , Facebook declared its ambition: “Libra’s mission is to enable a simple global currency and financial infrastructure that empowers billions of people,” reflecting Facebook’s intention of offering a broad range of financial services using the new currency, including loans.

Unlike most existing cryptocurrencies such as bitcoin, Libra will be backed by a basket of real assets with equivalent value as reserves, including cash and government bonds, according to the white paper.

Libra would be based on a new consensus algorithm called HotStuff, which is an improvement on an early upgrade to bitcoin’s consensus mechanism. Ted Yin Maofan, the lead author of the HotStuff protocol, told Caixin that compared with most algorithms, the HotStuff framework is simplified, making it more feasible for commercial use.

News of the Libra initiative sent excitement through the virtual currency market. Bitcoin’s value surged as high as $13,000 following the release of the white paper as investors saw an investment opportunity and greater liquidity for crypto assets. But global regulators have shown more caution, reflecting concerns over regulatory challenges posed by the potentially wider use of cryptocurrencies for retail payments.

Will Facebook’s Libra have the chance to grow into a super sovereign currency with worldwide influence? And how will global financial regulators respond?

Like its crypto predecessors, the major uncertainty facing Libra will come from regulators.

Facebook has shown its intention to embrace regulations at home. In June, the company consulted with the U.S. Commodity Futures Trading Commission on Libra. Calibra, the Facebook subsidiary set up to handle Libra transactions, applied for money-transfer licenses in the U.S. and registered with the U.S. Financial Crimes and Enforcement Network as a money services business, the company said.

On June 19, the day after Facebook released the Libra white paper, U.S. Federal Reserve Chairman Jerome Powell said the social media giant had met with the central bank in advance of the Libra announcement.

The U.S. Securities and Exchange Commission (SEC) has yet to comment on the planned new cryptocurrency. Jiang Changhao, founder of Beijing-based crypto wallet startup Cobo, said part of the Libra system is likely to fall under the SEC’s supervision as Facebook designed its Libra Investment Token for early-stage investors in addition to ordinary tokens for retail users, which can be seen as a type of security.

Regulators in Europe have also taken a more cautious stance toward Libra. France’s central bank governor said the country is creating a G-7 task force to study how central banks ensure that cryptocurrencies like Libra are governed by regulations ranging from money-laundering laws to consumer-protection rules.

Bank of England Governor Mark Carney said Libra had to be safe or it would not be permitted. Meanwhile, the Bank of International Settlements (BIS) issued a warning that the entry of major tech companies into the global financial industry could threaten the dominance of the global banking sector.

Chinese regulators have yet to comment on Libra, but the country has maintained a tough stance against cryptocurrencies after the government moved to ban crypto offerings and exchanges in 2017.

Yao Mingrui, a financial policy analyst for China’s State Council, the cabinet, said in an article published by Caixin that Libra would have a significant impact on China’s payment and clearing system if allowed to enter the country. But Yao said that despite long-standing concerns over cryptocurrencies, Chinese regulators should push forward studies on virtual currencies and the innovations they could bring to the financial system.

Among questions yet to be answered about Libra, a key concern is how the reserve assets should be managed.

According to the white paper, Libra will be backed by real reserve assets with equivalent value. Experts have widely expected that U.S. dollar cash and bonds will constitute the main part of the reserves.

Earnings on reserve assets will be used to cover the costs of the system, ensure low transaction fees, pay dividends to investors who provide capital to jumpstart the ecosystem, and support further growth and adoption, according to the white paper. But Pan Chao, director of cryptocurrency backer MakerDAO China, said the white paper lacks detail on how the reserve assets will be allocated to prevent losses.

The Libra Association also needs a backstop plan to deal with the situation if there is a run on Libra, said Zou Chuanwei, chief economist of Shanghai Wangxiang Blockchain. Without a central bank as the lender of last resort, a run on Libra could trigger systemic risks if the cryptocurrency’s size becomes big enough, Zou said.

Meanwhile, blockchain transactions with anonymity will also pose challenges for Libra to comply with Know Your Customer and other anti-money laundering regulations, said Wang Yongli, former president of Bank of China, one of China’s biggest state banks.

More tech giants may follow Facebook’s move toward wider use of cryptocurrencies. Twitter, which already owns the payment company Square, is expected to offer a major rival to Libra. Japanese social media giant Line Corp. is moving closer to obtaining a license to launch a cryptocurrency exchange in Japan, Bloomberg reported June 20.

In the white paper, Facebook shed light on where it expects Libra to begin functioning.

“Large swaths of the world's population are still left behind — 1.7 billion adults globally remain outside of the financial system with no access to a traditional bank, even though 1 billion have a mobile phone and nearly half a billion have internet access,” Facebook said in the white paper.

But that will raise another question that the white paper has yet to answer, said another crypto industry expert — how will Facebook enable people in these regions to exchange their money into Libra?