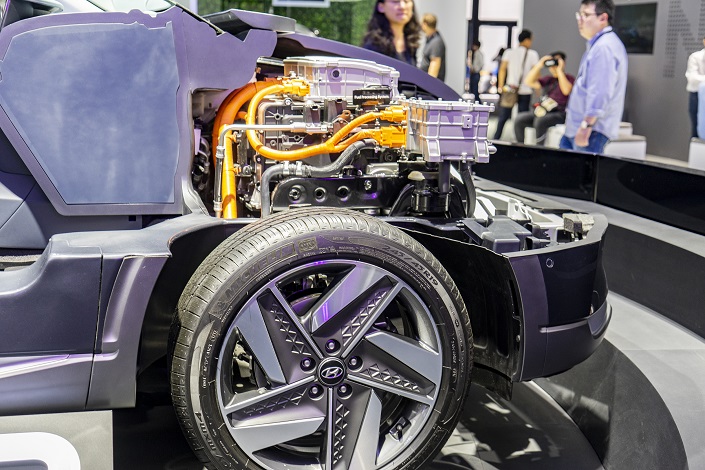 Less than a month after China’s financial hub formally launched the country’s biggest filling station for hydrogen-powered vehicles, a city in South China’s affluent Guangdong province is answering with another first in the new-energy fueling space.

The metropolis of Foshan has just unveiled what it says is the nation’s first station converted from traditional gasoline fueling to handle both gas and hydrogen fueling under one roof, according to a report in the Economic Daily. The station in the city’s Zhangkeng area has also added charging facilities for electric cars, answering Beijing’s recent call to promote such cleaner burning vehicles and related infrastructure.

The station was developed by Sinopec, one of China’s three oil majors, which operates one of the nation’s largest filling station chains. The station has the capacity to fill up hydrogen-powered vehicles, which emit water as their only exhaust product, with up to 500 kg of the fuel each day. It can fill up a bus in about four minutes with enough fuel to take it 300 kilometers.

The station’s unveiling comes just weeks after Shanghai made new energy vehicle headlines with its opening of the nation’s largest hydrogen fueling station in June. That station has nearly four times the capacity of the new one in Foshan, able to fuel vehicles with up to 1,920 kg of hydrogen per day.