Opinion: In Praise of Demographic Decline 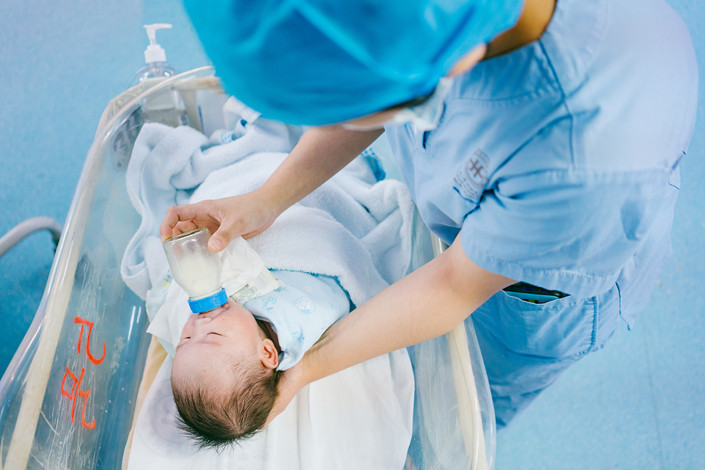 A nurse looks after a newborn on June 6 at Central People’s Hospital in Huizhou, South China’s Guangdong province. Photo: VCG

Every two years, the United Nations issues its latest estimate of future population trends. Its 2019 projection reveals a stark divide. Across all of Asia, Europe, and the Americas, population stability has already been achieved or soon will be, with the median projection suggesting an increase from 6.4 billion today to 6.5 billion in 2100, a rise of just 2%. By contrast, the U.N. projects that Africa’s population will soar from 1.34 billion to 4.28 billion.

Beyond a few decades, population trends depend crucially on forecasts of future fertility rates, which are inherently uncertain. But across all of the world’s developed economies, the current fertility pattern has held for so long that it seems likely to remain a stable feature of human society.

In all economically advanced countries, fertility rates fell fast between the late nineteenth century and the 1920s, as contraception became increasingly available, and women were increasingly liberated from the domestic sphere by education and greater participation in the formal workforce. But after falling below two in many countries between the world wars, fertility rates rose again in the immediate postwar era, reaching around 2.4 in northern and western Europe, and just over three in North America.

In the half-century since 1970 however, a remarkably constant pattern has reigned, across countries and across time. Since northern and western European fertility rates fell below two in the early 1970s, and southern European rates followed a decade later, they have never again risen above two, with a current European average of 1.6 and not a single country above 1.85.

Canada’s fertility rate has never been above two since the early 1970s and currently stands at 1.53; and the U.S. fertility rate, having fallen below two in the 1970s, rose to just above that mark in the 1990s only because recently arrived immigrants from Latin America initially had higher fertility rates than the non-Hispanic population. But with Hispanic fertility rates now falling fast, today’s U.S. average is 1.78.

In all countries that have achieved middle-income status, and where women are well-educated and have reproductive freedom, fertility rates are at or below replacement levels. We should be wary of declaring a universal rule of human behavior, but it seems this might be one. Rich, successful human societies choose fertility rates that imply gradual population decline.

Much conventional commentary laments the inevitable consequence that the “working age” population, often rigidly defined as people aged 15 to 64, must decline as a ratio to those aged 65 and above. If fertility rates cannot be coaxed higher, it is often argued, immigration must be embraced as the only answer to impending labor shortages.

But in a world of rapidly expanding automation potential, demographic shrinkage is largely a boon, not a threat. Our expanding ability to automate human work across all sectors — agriculture, industry, and services — makes an ever-growing workforce increasingly irrelevant to improvements in human welfare. Conversely, automation makes it impossible to achieve full employment in countries still facing rapid population growth.

India’s overall fertility rate has now fallen to 2.24, and is below two in all of the country’s more economically successful states such as Gujarat, Maharashtra and Kerala, with the national average only kept above two by much higher rates in the poor states of Uttar Pradesh and Bihar. But high past fertility rates mean that India’s population, currently 1.38 billion, will probably reach stability, at around 1.65 billion, only in the 2050s. And for several decades its working-age population will continue to grow by some 10 million per year.

Such rapid growth, often hailed as a welcome demographic dividend, is in fact one of India's major economic problems. Although annual gross domestic product (GDP) growth has averaged around 7% for the last five years, it has been powered by leading companies deploying state-of-the-art technology. The expansion has created almost no new jobs, and an increasing share of India's population is either unemployed or underemployed in the country’s huge low-productivity informal sector. China and Japan by contrast, which now face significant declines in the working-age population, are far better placed to embrace automation without fearing the employment consequences.

The greatest demographic challenges therefore lie not in countries facing population stabilization and then gradual decline, but in Africa, which still faces rapid population growth.

From the economic history of the last 70 years, we know of only one proven route from poverty to middle-income and high-income levels, and it entails a phase in which large numbers of jobs are created in export-oriented manufacturing sectors. Korea, Taiwan, China, and Bangladesh followed this development model, and many African countries now seek to do so as well.

But that model is threatened in a world where manufacturing can be almost entirely automated, and where much manufacturing output, though very few jobs, may return to developed countries. Ethiopia is one of Africa’s countries with the best policies and prospects, but even there it will be almost impossible to create jobs fast enough to absorb a working-age population projected to grow from 43 million in 2015 to 110 million in 2050. And Ethiopia’s prospects are far better than Niger’s, where the total population is projected to grow from 24 million today to 66 million by mid-century, and to 165 million by 2100.

There are no easy answers to the demographic challenge now threatening African economic development. But we should at least recognize that this is where the real demographic threat lies. Automation has turned conventional economic wisdom on its head: there is greater prosperity in fewer numbers.

Adair Turner, a senior fellow at the Institute for New Economic Thinking and former chairman of the U.K. Financial Services Authority, is chair of the Energy Transitions Commission.