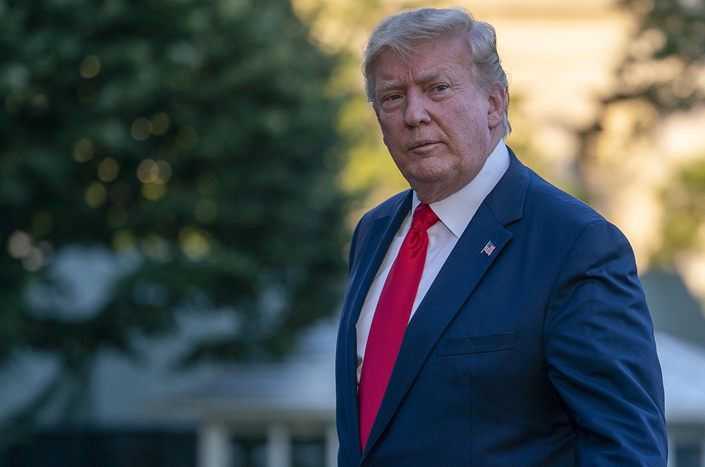 A hundred American academics, diplomats and experts from the military and business communities signed an open letter calling on President Donald Trump to reexamine his policy toward China. The letter was published Wednesday in the Washington Post.

In the letter, titled “China is Not an Enemy,” the signatories express concern over the negative orientation of the Trump administration’s China policy.

“We do not believe Beijing is an economic enemy or an existential national security threat that must be confronted in every sphere,” the experts say in the letter.

The five authors are M. Taylor Fravel, a professor at MIT; J. Stapleton Roy, a former U.S. ambassador to China; Michael D. Swaine of the Carnegie Endowment for International Peace; Susan A. Thornton, the former assistant secretary of state for East Asian and Pacific Affairs; and Ezra Vogel, a professor at the Harvard University Fairbank Center for Chinese Studies.

The deterioration of the bilateral relationship is not in the interests of the U.S. or the rest of the world, and Trump’s attempt to “decouple China from the global economy” will damage the U.S. global reputation, according to the letter.

“The fear that Beijing will replace the United States as the global leader is exaggerated,” the letter says. “Most other countries have no interest in such an outcome, and it is not clear that Beijing itself sees this goal as necessary or feasible.”

The key message of the letter is that the U.S. should not make China its enemy, especially in a rash manner, said Li Cheng, director of the Brookings Institution's John L. Thornton China Center, who signed the letter.

Signatories are representative as they hold different views toward China — some are pro-China and others are more critical, Li said. But they all disagree with the Trump administration’s China policy, Li said.

“I won’t say we are the majority,” Li said. “Maybe we are the minority that can’t change some people’s extreme views, but among those who reexamine the U.S. policy on China, many have started reconsideration.” Additional scholars have endorsed the letter after its publication online, he said.

A better policy orientation for the U.S. would focus on building long-term alliances that support economic and security objectives based on a realistic assessment of China’s ideology, interests, goals and actions, the experts write.

“We believe that the large number of signers of this open letter clearly indicates that there is no single Washington consensus endorsing an overall adversarial stance toward China, as some believe exists,” the letter concludes.

Views toward China vary significantly among different social groups in the U.S. and also inside the government, Li said.

“There is a need for different voices to let China know that there is no consensus on America’s China policy, and there won’t be one for a long time,” Li said.

Most of the signers are older experts who don’t represent the views of younger Americans, some observers said. Although the open letter originally targeted senior scholars with strong academic backgrounds, Li said it’s inappropriate to argue that younger scholars view China in a more adversarial way. A public poll showed that Americans under 29 are actually friendlier toward China, Li said.

Older scholars and officials have a better understanding of China after witnessing the country’s changes over recent decades, but members of younger generations will also know China better as time goes by, Li said.

“A proper discussion of China policy is very important, and it shouldn’t be limited inside the government,” Li said. Although it is unclear whether the letter will influence policy, he said it sends a strong message that “the views toward China between the U.S. government and scholars are different.”

Since last year, the two countries have been locked in a trade war, slapping tit-for-tat tariffs on hundreds of billions of dollars of each other’s goods. Chinese President Xi Jinping and Trump agreed last week at a G-20 summit in Osaka, Japan, to resume trade talks. The U.S. also agreed not to impose new tariffs on Chinese imports.

This story was updated with Li’s comments.