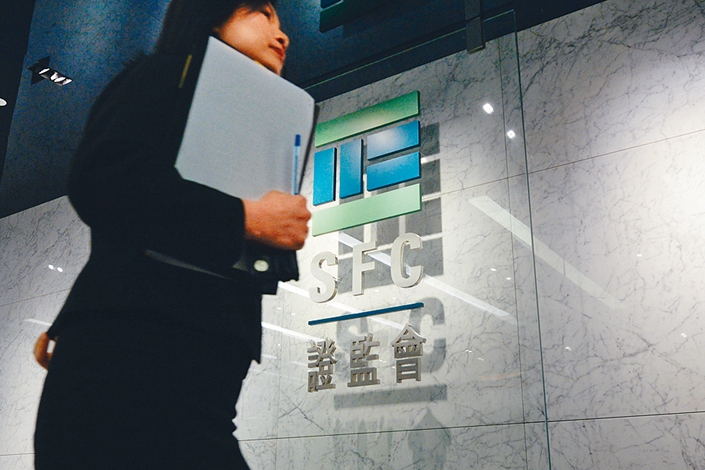 "Leissner’s conduct demonstrates a serious lack of honesty and integrity and called into question his fitness and properness to be a licensed person,” the Hong Kong securities regulator said. Photo: IC Photo

Hong Kong’s securities regulator has banned a former Goldman Sachs banker from working in the city’s finance industry for the rest of his life over his involvement in the 1Malaysia Development Berhad (1MDB) corruption scandal that rocked Malaysia’s political establishment, toppled its government and led to the arrest of the country’s former prime minister.

Tim Leissner, who worked for Goldman Sachs (Asia) LLC, pleaded guilty in August 2018 to criminal charges brought against him by the U.S. Department of Justice for conspiring to commit money laundering and to violate the Foreign Corrupt Practices Act, the Securities and Futures Commission (SFC) said in a statement on Wednesday.

In March, Leissner was banned for life from the U.S. finance industry by the U.S. Federal Reserve, the country’s central bank, after he admitted bribing officials in Malaysia and the United Arab Emirates to get bond deals for Goldman Sachs. The banker, who is free on bail and has yet to be sentenced, could face prison.

“The SFC considers that Leissner’s conduct demonstrates a serious lack of honesty and integrity and called into question his fitness and properness to be a licensed person,” the statement said.

The SFC said Leissner, who was licensed by the regulator as an employee of Goldman Sachs (Asia) between 1998 and February 2016, was responsible for the firm’s relationship with 1MDB, a government-owned strategic investment fund, which included negotiating and executing three bond transactions in 2012 and 2013.

“Tim Leissner deliberately hid certain activities from us and repeatedly violated our policies and procedures,” Vicki Kwong, a spokesperson of Goldman Sachs said in a statement on the issue. “We continue to cooperate with all authorities looking into these matters.”

1MDB was set up in 2009 with the aim of forging strategic global partnerships and promoting foreign direct investment in Malaysia. It raised billions of dollars in funding and U.S. investigators claim that some $4.5 billion was siphoned off and used to finance spending by then Prime Minister Najib Razak, his relatives, and other high-ranking government officials and business executives.

Allegations of embezzlement and wrongdoing at the fund first emerged in 2015 and subsequently triggered investigations by the U.S. Department of Justice and by authorities in Switzerland and Singapore. Najib himself, who was arrested in Malaysia in 2018, faces more than 40 criminal charges related to the scandal.

According to court filings, Leissner and his co-conspirators misappropriated more than $2.7 billion from $6.5 billion in bonds issued by 1MDB, and Goldman Sachs allegedly received approximately $600 million in fees and revenues from its work for the fund. The embezzled money laundered through the U.S. financial system through the purchase of properties and artwork, and the funding of major Hollywood films including “The Wolf of Wall Street” starring Leonardo DiCaprio.

Apart from Leissner, the Department of Justice filed a three-count indictment in October against Low Taek Jho, a Malaysian national who maintained relationships with several Malaysian government and 1MDB officials, and Ng Chong Hwa, also known as Roger Ng, a former managing director at several Goldman Sachs subsidiaries. Ng was extradited to the U.S. in May to face trial for his role in the scandal and has pleaded not guilty to the charges filed against him. Low remains at large.

Goldman Sachs itself also faces criminal charges in Malaysia as part of the country’s investigation into the scandal, centered on the fees it earned from the $6.5 billion of bonds it sold for 1MDB.