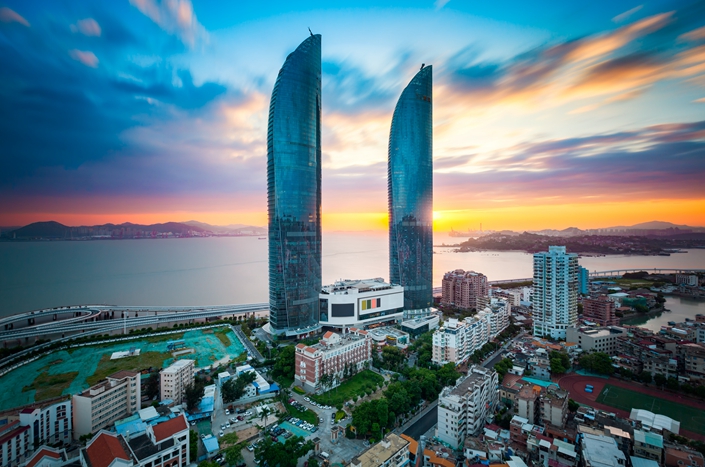 China’s opening to the outside world ushered in a new wave. At the G-20 summit in Osaka, Japan and at the 13th Summer Davos Forum, Chinese leaders sent strong signals that opening will be further expanded. Many departments in China have sped up opening to the outside world. This is particularly visible in the newly-released Catalogue of Industries for Encouraged Foreign Investment 2019 and the 2019 Negative Lists. There are many signs that the requirement of opening up “sooner not later, faster not slower” is being implemented. Recent batches of opening-up measures have helped to reduce uncertainties in international economics and trade, such as in the Sino-U.S. trade conflict. More importantly, in order to achieve high-quality development, we must pursue high-quality openness.

Opening-up has great potential. When China revised its negative list for foreign investment access, the word “cancel” became a keyword used with high frequency, and it won the general appreciation of public opinion both at home and abroad. This, of course, demonstrates the strength of opening and also shows the strictness of regulation. At this moment, we are particularly looking forward to taking advantage of this overwhelming wave and entering a new stage of high-quality opening-up in China. So-called “high quality opening” is complementary to “high-quality development.” It includes, but is not limited to, lowering tariffs and expanding market access. More importantly, it should be in line with international standards in terms of business environment and market rules. At the end of last year, the Central Economic Work Conference put forward the following proposal: “Promote comprehensive opening-up, adapt to the new situation and grasp new characteristics, promote the transformation from the flow-oriented opening of commodities and productive factors to the system-oriented opening of rules and regulations.” This is the spiritual core of high-quality opening. At a time when external doubts about China are growing and debates about “decoupling” are rampant, the best response is to move towards high-quality opening.

High-quality opening should be omnidirectional. Since reform and opening-up began, especially since China’s accession to the WTO, the fields in which China has opened have expanded drastically. At first, it was focused on the manufacturing industry, and then it gradually expanded to include the service industry. At present, efforts should be made to advance the opening of the modern service industry. Though the opening of the financial industry has come in stops and starts, it is the most realistic and feasible compared with education, telecommunications, or other fields. We should abolish the restrictions on the ratio of foreign capital to stocks in securities, futures, and life insurance as soon as possible; implement national treatment of foreign institutions in credit reporting, credit rating, and payment; expand the two-way opening of the bond market; and steadily promote the reform of the exchange rate mechanism and the convertibility of capital projects.

High-quality opening requires continuous improvement in the level of openness. Officials of relevant departments often say that the Chinese government has fulfilled its commitments to the WTO. That is true, but we must not be satisfied. At that time, China’s accession commitments to the WTO were a huge shock. However, 20 years later, China and the world economy have undergone tremendous changes, and the commitments to the WTO are merely the bottom line. China needs a higher level of openness in order to better participate in globalization, be a leader in globalization, and help build future-oriented international economic and trade rules. To this end, many experts and scholars suggest that in addition to promoting reforms to the WTO, China can also explore joining other multilateral trade agreements, such as the Comprehensive and Progressive Agreement for Trans-Pacific Partnership (CPTPP). No matter their urgency, these proposals are undoubtedly worthy of serious consideration by government departments.

High-quality opening must be institutionalized. Since China’s accession to the WTO, China’s opening-up has progressed but in a fragmented and case-based manner and has lacked communication and coordination between various departments. In the future, China should enforce institutional and packaged arrangements to make the rules more transparent and the steps and effects more predictable. To this end, China must continue to improve its system of laws on opening-up and formulate relevant laws and regulations on foreign investment and implement them with foreign investment laws simultaneously. At the same time, China must also speed the clarification of laws, regulations, and documents that are inconsistent with foreign investment laws and comprehensively implement the management system for national treatment and the negative list. The negative list must become shorter and shorter.

In order to truly achieve high-quality opening-up, China must also switch from passive opening-up to active opening-up. It is true that China must “open to the outside world not to yield to external pressures, but to meet the needs of its own development.” However, what is bizarre is that some of the opening-up requirements that suit China have caused relevant government departments to “lock horns,” just because they are put forward by foreigners. China should be more proactive in its opening-up, and the measures needed for development are not to be used as bargaining chips in foreign negotiations.

Advocating for high-quality opening-up is not without aim. Most regrettably, there is often a big gap between commitments on paper and practice. Taking financial opening as an example. Though China has lifted some restrictions and lowered the access threshold, some regulatory authorities delayed implementation of the rules, intentionally keeping the policy vague and making the opening measures impossible to enact. Some foreign banks have set up five compliance teams to meet the tedious and different requirements of different regulatory departments. This phenomenon inevitably lowers the outside world’s impression of China and its level of openness. In the future, we should treat domestic and foreign enterprises equally. High-quality opening must also create an atmosphere of good public opinion to avoid an overflow of nationalism and populism. The value orientation of domestic and foreign policies should be self-consistent. Otherwise, it only causes trouble for high-quality opening. It is not accidental that the liberalization of foreign participation in oil and gas exploration has been restricted.

Whether for Chinese nationals or for officials of various departments, a new round of ideological emancipation is needed in order to meet the requirements for high-quality opening-up. On the eve of China’s accession to the WTO, many people were worried over the consequences of expanding opening-up. The sustained and rapid economic development since then showed that they were overthinking. As in the past, the road to high-quality openness will inevitably be bumpy in one way or another. However, the future is bound to be bright. We must fight for it.