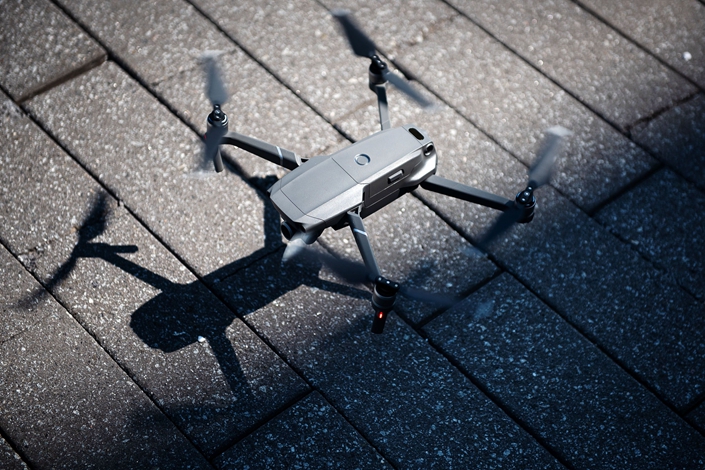 (Bloomberg) — Chinese drone-maker SZ DJI Technology Co. is broadening operations in the U.S. to sidestep newly imposed tariffs on exports from its home country and quell accusations that the company poses a national security threat.

Even as some U.S. lawmakers push for a ban on Chinese-made drones, saying that the machines could send sensitive information back to China, the U.S. Department of Interior plans to use two DJI models to scan federal land to prevent forest fires and handle controlled burns. The federal agency granted security clearance to two of the company’s drones, the Mavic Pro and Matrice 600 Pro, DJI said Wednesday.

During more than two years of review, the Interior Department conducted more than 1,000 flights over 500 hours on its drones, which were customized specifically to address government data concerns, DJI said. The federal agency didn’t immediately respond to comment outside business hours, but published its technical evaluation report online. “DOI has been working with DJI for over two years to create a solution that would allow the bureaus access to high quality DJI hardware while at the same time preventing unwanted data leakage to outside entities,” the department said July 2.

Despite “exhaustive market research,” the agency’s aviation services division wasn’t able to find “a domestically available product that is competitive from a price or performance standpoint,” DOI said. The approval marks a rare victory amid escalating U.S.-China trade strife and widespread accusations that Chinese companies steal trade secrets and share data with authorities in Beijing. DOI’s customization means that photos, videos and other data captured during flight can’t be intentionally or accidentally transmitted to third parties or uploaded to the internet, Jan Gasparic, DJI’s director of strategic partnerships, said in an interview Wednesday.

“As a government agency, they want to be able to control any software updates, so now there’s no more over-the-air software updates or connectivity externally from the drones,” he said.

Gasparic also outlined new details of DJI’s plans to build drones in the U.S., which the company announced last month after it was hauled in to a U.S. Senate hearing on drone security. The company plans to repurpose a warehouse in Cerritos, California, near Los Angeles, to assemble and test its Mavic 2 Enterprise Dual drone, which uses thermal imaging sensors to spot objects in the dark or through heavy smoke and is geared to public safety and other government clients.

DJI aims to have the facility up and running by the second half of the year, and could expand into new space in the future, Gasparic said. DJI will ship equipment and components from China and other countries into the U.S. and hire more employees to assemble the drones, so that the products would comply with U.S. trade rules and so that government agencies could more easily buy the drones. He declined to provide the amount of the investment or number of new employees it plans to add to assemble and test the drones.

U.S. expansion comes at a fraught time for DJI, which controls 74% of the global drone market, according to Skylogic Research. Backed by Sequoia Capital and commanding a $10 billion valuation, closely held DJI has been frequently cited as an IPO contender. That talk has receded as trade tensions flare and lawmakers ratchet up criticism of Chinese drone manufacturers.

Gasparic declined to comment on the company’s IPO prospects but said a string of successful products means it’s “pretty self-sufficient at this point.”

U.S. lawmakers are also concerned that America is over-reliant on Chinese drones, a worry demonstrated by the recent U.S. Senate vote to ban Chinese drones for military use. The House is expected to vote on a version of the bill this month.

“Congress needs to ban the use of all Chinese-made drones by Department of Defense and instead only spend taxpayer money on U.S. drone manufacturers and foster the development of a U.S.-based supply chain,” U.S. Senator Chris Murphy said in May.

DJI rebuts spying allegations and said it’s launching an information campaign to educate lawmakers and the general public that it’s not a data company, but a hardware maker that provides a platform for others to collect their own data. It said DJI is not sending data back to the Chinese government and that U.S. lawmakers have not provided any evidence to back their claims.

“There are things being said about DJI that are categorically false, and we felt the need to set the record straight,” Gasparic said. “The more we can have standards rather than discrimination based on the heritage of the company, the better it is for everyone.”