Foreign Teachers to be Identified Under New Government Rules 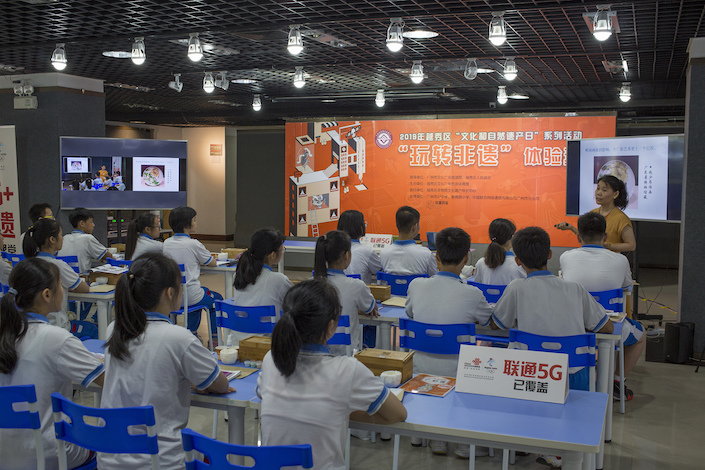 The rules, announced Monday by China’s Ministry of Education and five other departments, require online education platforms to publicly display the personal information of any foreign teachers they employ, including their names, photographs, teaching qualifications, and previous academic and professional experience.

They also restrict the length of all online classes to a maximum of 40 minutes — regardless of the subject or the student’s age.

The move follows increasing public concern about online tutors’ purported qualifications and the safety of their pupils.

While the new rules single out online education, China’s wider out-of-school tutoring industry has come under stricter regulation in recent years. In August, the central government announced it would require out-of-school education institutions to only hire qualified foreign teachers.

Last week, seven foreign teachers at the Swiss-based company EF Education First AG were detained for suspected drug offenses in eastern China’s Jiangsu province. EF would not confirm if those detained were its employees, but told Caixin an “internal investigation” was underway.