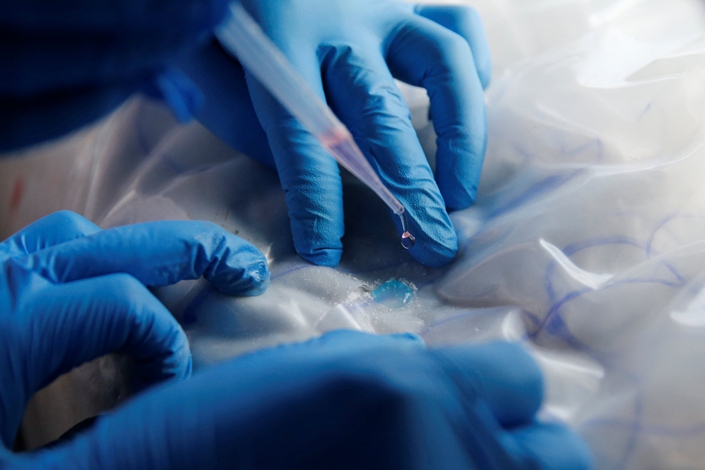 A total of 19 people in the city of Xuzhou have been detained after their urine tested positive for illegal substances during a raid, out of whom 16 were foreigners, including 7 teachers at an unnamed education organization, local authorities announced (link in Chinese) Wednesday. The police, who said they had acted on a tip-off earlier this month, didn’t specify the nationalities of the foreigners arrested.

Out of the people detained, 18 have been put under administrative detention, the police said, indicating less serious offences. One person has been put under criminal detention.

EF declined to comment on whether the teachers arrested in Xuzhou were its employees, but told Caixin it was “currently opening an internal investigation.”

“If (the reports) are true, the suspected teachers will be immediately suspended from their duties,” EF said, adding that it had a “zero tolerance policy toward any illegal behavior and absolutely forbids teachers from possessing or using banned or illegal drugs.”

EF, which is headquartered in Switzerland, runs international exchanges and language learning programs in 107 countries, according to the company’s website. A subsidiary, EF English First, was set up in China in 1994 and currently operates over 300 English schools across China.

The company also offers a program for citizens of only seven countries, including the U.K., the U.S., Canada and Australia, to teach English at EF centers in China, Indonesia and Russia.

The announcement of the arrests sparked resentment from some social media users toward foreign teachers in China.

“Some foreign teachers only came to our country to become teachers because they weren’t able to scrape by abroad,” one commenter wrote on Weibo in reply to the announcement from Xuzhou police. “But ultimately, many people in China treat them like treasure.”

Referencing new trash-sorting rules that took effect in Shanghai this month, another commenter asked “can we pick out the foreign trash while we’re sorting trash?”

Su Huixian contributed to this article