This Corner of China's Debt Market May Grow to $654 Billion 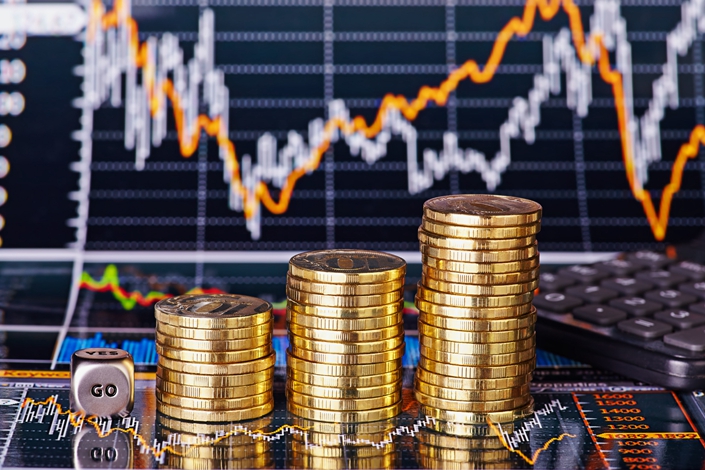 (Bloomberg) — The hunt for safer investments amid rising bond defaults in China is helping to stoke startling growth in the nation’s pile of asset-backed securities (ABS), according to a top underwriter.

The asset-backed market is expected to expand 45% to 4.5 trillion yuan ($654 billion) by the end of this year, said Zuo Fei, general manager of the innovation financing department from China Merchants Securities Co. The sector also had little impact from the surprise government takeover of a troubled lender in May, he said.

Banks are the main holders of China’s ABS and have better access to funding, which has largely prevented a sell-off in the sector, according to Zuo. The surge in ABS sales comes as the wider industry recovers from a liquidity crunch in the wake of Baoshang Bank Co.’s seizure, which triggered a cash crunch in the interbank lending market and had implications for almost all types of bonds in China.

“China’s ABS market will continue to enjoy strong momentum in the second half of this year,” Zuo said in a phone interview. The brokerage arranged the most ABS deals in the first half of this year, according to a Bloomberg league table published on July 14. ABS backed by residential mortgages and accounts receivables will continue to drive the issuance growth, he said.

China banned ABS a decade ago for several years for its role in the global financial crisis. Now, the market is shaping up to be an alternative option to raise debt. It made up about 4% of China’s 76.5 trillion yuan debt market at the end of 2018, according to China Central Depository & Clearing. It still pales in comparison with the $1.56 trillion U.S. market.

Sales of structured debt surged to 816.4 billion yuan in the first half and is expected to top 2 trillion yuan by the end of the year, according to Zuo.

The surge in ABS sales comes as the wider industry recovers from a liquidity crunch in the wake of the Chinese government’s surprise takeover of Baoshang Bank Co. in May. A key onshore repurchase rate hit 30% on July 9, suggesting that non-bank financial institutions are still suffering from a cash crunch almost two months after the seizure.

Demand for lower-rated corporate bonds has taken a hit as non-bank financial institutions are the main buyers of such debt. Credit differentiation is at its peak as the spread between top-rated and high-yield bonds continues to widen.

By contrast, most ABS holders in China haven’t needed to sell their investments in the space, Zuo said.

“Most investors planned to hold the securities to maturity when they first bought them,” Zuo said. “They are mainly banks, which have stronger capacity to deal with liquidity pressure. So the ABS market has not been under sell-off pressure yet.”

Delinquencies in the ABS market have also been relatively minor, said Zuo. Only five ABS have defaulted since the market was reopened in 2012, according to China Merchants Securities.

That’s spurring investors to ABS with underlying assets that can generate stable cash flow, he said.

That said, growth in ABS products from property developers could slow in the second half as regulators have tightened scrutiny over developers’ financing activities, including fresh measures to curb credit risks for the sector, Zuo said.