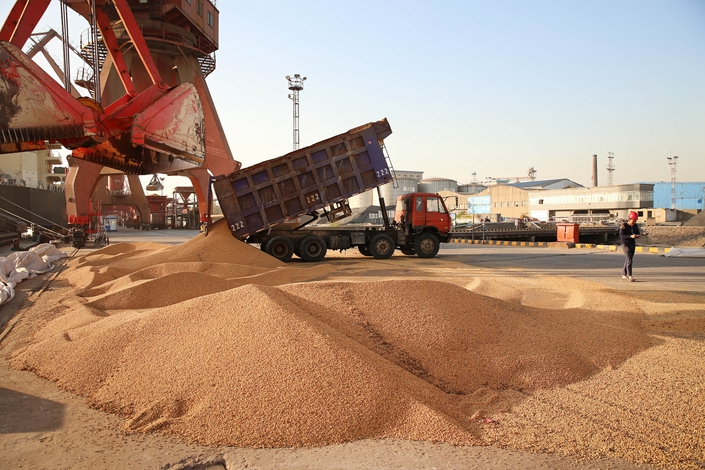 That’s according to Archer-Daniels-Midland Co. (ADM), one of the world’s largest agricultural commodities traders. The tit-for-tat tariff spat, which has already shrunk purchases of American beans, will probably mean China will try to reduce its dependence on the U.S. by buying from elsewhere and improving yields of its own production, ADM Chief Financial Officer Ray Young said.

“We should not be naive to assume that longer term, China will not want to become more self-reliant on their own supply of agriculture products,” he said at the Kansas Fed Ag Symposium Tuesday. “I think this has been a wake-up call for China in terms of understanding the relationship between the U.S. and China and how they will view food security in the future.”

China imposed retaliatory tariffs of 25% on American soybeans more than a year ago, bringing shipments to a halt before some goodwill purchases in December and earlier this year. Since then, the nation has turned to purchases from South America.

ADM is still positive that the spat will be resolved at some point, bringing more purchases of U.S. agricultural commodities including soybeans and ethanol. But long-term, the U.S. needs to wean itself off China and find other uses for soy and corn, according to the firm.

Chinese soy yields are a little more than half those in the U.S., and the nation will look to improve that, Young said. China is also carrying out land reform, which will consolidate farms into bigger structures and allow for more agronomical improvements.

“There was a reason why ChemChina bought Syngenta; they are bringing the technology in in order to improve yields in China, so you are going to see the entire agriculture sector in China improve in terms of productivity,” he said. “When you start consolidating farms, you bring in the John Deere tractors over there and drive significant productivity.”

In a bid to be less reliant on the likes of ADM and Cargill Inc., China set up Cofco International, a company formed from the acquisition of Dutch grains trader Nidera and the agriculture arm of Noble Group, Young said. The trading arm of China’s largest food company is already a major player in South America.

“U.S. agriculture will have to be less reliant on China as a destination for soybeans and other agriculture products,” he said. “When we think about the psychology of U.S.-China relationships, you come to this conclusion that they are going to try to figure out how to become less reliant on the U.S. longer term.”