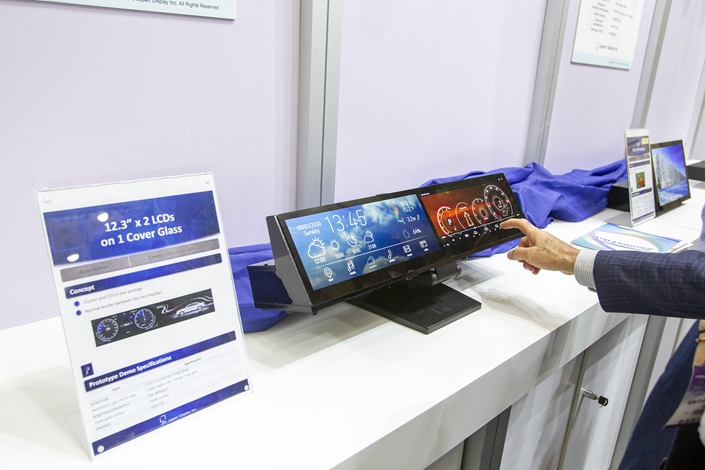 Japan Display Inc. (JDI), a major panel-maker and Apple supplier, is in advanced negotiations with Chinese investors, Caixin has learned from sources which requested anonymity.

“The trip to Tokyo was led by Harvest Tech’s chairman and general manager,” said one person with close ties to the investment firm, adding that the two parties are still discussing the deal’s scale and conditions.

Electronics-maker TCL Corp., which has been interested in investing in JDI for several years, is also involved in negotiations, though no TCL representative was at the latest Tokyo meetings, a person with knowledge of the negotiations told Caixin.

TCL, which is also a major panel-maker, is looking to become JDI’s controller, sources said. “TCL is hoping to be a dominant party in the negotiations, instead of being constrained by other participants,” the person, who requested anonymity, told Caixin.

“JDI’s mounting debts over the years appear to be complicated. The Chinese parties requested a due diligence investigation, as they hope to learn about JDI’s real financial situation,” said the person.

The potential investors also hope to learn about JDI’s client structure and the ownership of the key patents, the person said.

JDI has struggled to remain afloat after it failed to follow an industry shift towards organic light-emitting diode (OLED) displays. It reported a loss of $2.3 billion in 2018, up from $260 million the year before, due to the lackluster sales of Apple’s iPhone XR.

According to the Financial Times, the iPhone XR is the only recent Apple model that uses JDI displays.

Harvest Tech and its parent company did not respond to requests for comment made on Tuesday. Reached by phone, Liao Qian, the board secretary of TCL, declined to comment.

Prior to this, Suwa Investment Holdings — a consortium jointly established by Harvest Tech, Taiwan-based panel-maker TPK Holding Co. Ltd. and Taiwan-based private investor CGL Group — offered 80 billion yen ($737 million) for a 49.82% controlling stake in JDI, according to an April announcement by the Japanese company.

However in May, both TPK and CGL Group withdrew without giving a reason. JDI said that Harvest Tech remained, and increased its planned investment from $190 million to $200 million.

“It has been years since JDI started looking for investors, and many rounds of talks have taken place. A more specific result might emerge very soon,” said an employee at a Chinese panel-maker. JDI’s business has continually declined in recent years, which means the company cannot hold out too long for a better price, he said.

When JDI first started discussions with TCL back in 2016 it rejected the Chinese firm proposal as it involved TCL taking a controlling stake, said one person who was involved in negotiations at the time.

“JDI’s position in the industry was still quite strong in 2016, hence it was only considering financial investors,” said the person.

However, this seems to have changed, given the company’s enthusiasm for Suwa’s deal, the employee at a Chinese panel-maker said.