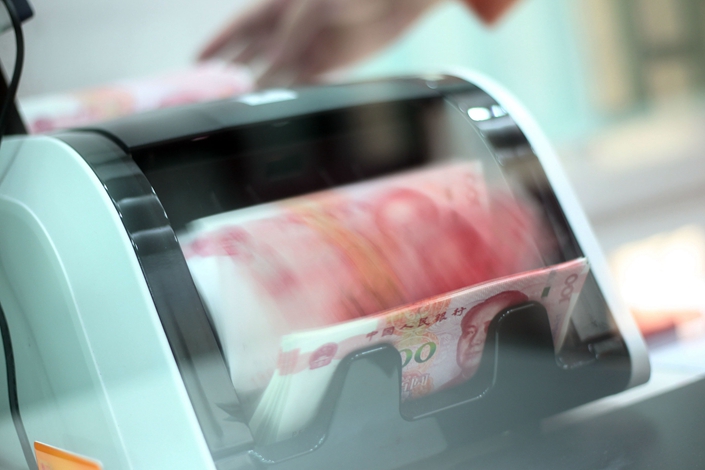 Ever since TSF was introduced, there have been doubts about the data, especially in terms of quality. Photo: VCG

Over the past few years, the growth of total social financing (TSF), China’s broadest measure of credit and liquidity to the real economy, has frequently diverged from that of M2, the broadest measure of money supply. Although this divergence has been the subject of discussion by many researchers, one has to question whether those discussions are meaningful. That’s because the prerequisite of any meaningful debate is, first and foremost, that the data be authentic, reliable and, as far as possible, complete, and that the collection and presentation of the data has a sound theoretical basis and logic.

The People’s Bank of China (PBOC) started to release TSF data in November 2010, and since 2011, growth of TSF and monetary credit have become important indicators for financial and macroeconomic regulation in government work reports. Although TSF was originally used as a statistical indicator for reference purposes, it has since become a rigid target that must be met through the PBOC’s monetary policy.

But ever since TSF was introduced, there have been doubts about the data, especially in terms of quality, and how it is used.

The PBOC launched TSF at a time of rapid change in China’s financial industry and was a response to the explosion of shadow banking, a system of credit intermediation outside the formal banking system that included wealth management products (WMPs) and trust products, and entrusted loans. Although most of the money used for shadow bank lending came from the formal banking system, funding also came from nonbanking sources. Consequently, in order to monitor the development and growth of shadow banking as a whole, the PBOC created the TSF indicator comprising a total of 10 financing sources, including bank lending, bond and equity sales, bankers acceptances, WMPs and trust loans.

But the shadow banking environment has changed dramatically over the past decade. In response to the cash crunch of 2013 and in an effort to reduce the amount of so-called idle funds in the financial system that were not being put to use in the real economy, regulators embarked on a series of campaigns to reduce financial leverage. As a result, from 2018 onwards, the TSF data have shown a contraction in credit emanating from the shadow banking industry.

Although the PBOC only started publishing TSF in 2010, the data series itself goes back to 2002, a period spanning almost 20 years. But there has been little analysis of the relationship between TSF and the functioning of the economy, and no policy tools based on TSF have been developed. Therefore, we can only assume that TSF is used solely as a reference indicator in the PBOC’s monetary policy framework. And moreover, the central bank has not given a clear explanation of how significant TSF is as a tool in the implementation of monetary policy.

These problems alone make me anxious and fearful of using TSF in my economic analysis. If TSF is merely a reference for observing the economy, especially shadow banking, then it has advantages. But in its current state, it should not be placed side by side with monetary credit in government work reports.

Given the increasing number of flaws in this data, can it truly reflect the real situation of the economy? The indicator is being used as a rigid target before it has been perfected and the consequences of this for the economy are as yet unknown.

We need to bear in mind that having bad data is worse than having no data.

Zhang Tao holds a doctorate in economics and works in the financial markets department of China Construction Bank Co. Ltd.