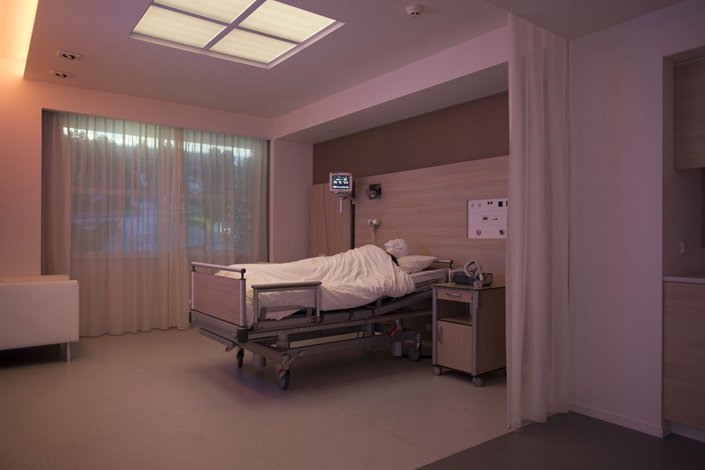 Tariffs are affecting a broad range of Philips’ products that flow between China and the U.S., CEO Frans van Houten said. Photo: Bloomberg

(Bloomberg) — Royal Philips NV, the Dutch maker of goods ranging from medical scanners to electric toothbrushes, is shifting production to China and strengthening local supply chains as an antidote to the trade war with the U.S.

With double-digit growth in China in the second quarter, the company can’t afford to miss out on state investment in the latest diagnostic equipment as well as orders from an emerging private health-care industry.

Philips is bracing for an additional 20 million euro ($22 million) burden when the next batch of announced tariffs come into force, spurring CEO Frans van Houten to redraw the company’s global footprint. The company had produced all its respiratory masks in China, for example, but will soon begin making them in the Americas as well. Likewise, it will produce more ultrasound equipment in China to meet demand there, sidestepping tariffs.

“We are moving towards a regional manufacturing hub strategy as we manufacture in each of these large continents, making us more responsive than we might have been before,” Van Houten said in a Bloomberg Television interview.

Van Houten is keen to contain the fallout from the trade war that’s hit a cross-section of industries from cars to chemicals. BASF SE’s profit warning earlier this month highlighted how intricate global supply chains are being disrupted. The Philips CEO signaled that the China-U.S. situation remains at the top of his concerns for this year, yet he still predicted a stronger second half.

The Amsterdam-based company hit the top end of its sales growth target range of 6% in the second quarter, it said Monday, beating analysts’ estimates.

The shares rose 5.5% to an 18-year high. They have climbed 33% this year, while rival Siemens Healthineers is little changed as it struggled with its blood-testing platform Atellica.

Tariffs are affecting a broad range of Philips’ products that flow between China and the U.S., while factories and assembly lines must also contend with duties on many components, Van Houten said.

The CEO is betting the trade workaround, investment in innovation and an efficiency drive will see the company through any economic slowdown. New products are reinvigorating Philips’s Personal Health unit, which makes electric toothbrushes, shavers and equipment to help with sleep and respiratory disorders. Sales at the segment grew by 5%.