Tencent Teams Up With Nintendo-Backed Pokemon to Create Games 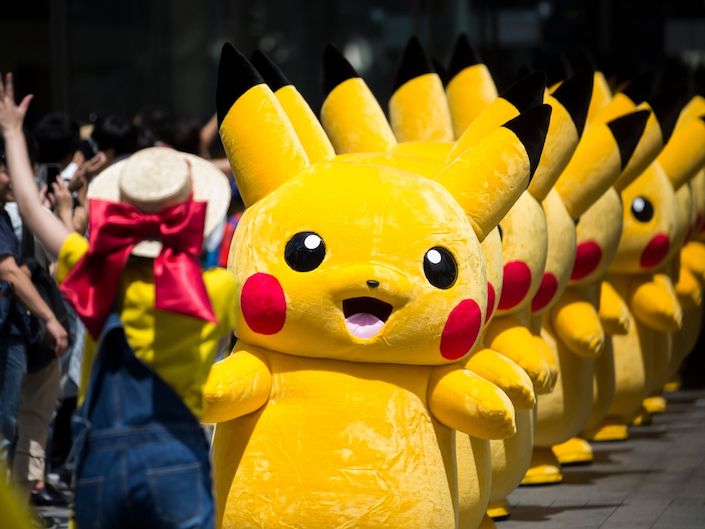 Tencent and Pokemon will jointly develop games, an alliance that may help the Nintendo Co.-backed company crack the world’s largest mobile gaming arena.

Tencent, whose WeChat social media service is used by more than a billion people across China, said its TiMi Studio Group will take the lead in developing titles with the Japanese company behind the popular monster-hunting franchise. The two have struck a broad agreement on collaboration, Tencent said in a post on its official Weibo blog without elaborating.

The social media giant could prove a strong ally for Nintendo and Pokemon Co. in China, where local titles dominate and gamers have shunned consoles in favor of smartphones and PCs. Developers there have also complained of rampant piracy, where popular titles tend to trigger a wave of copy-cats.

Tencent’s own “Let’s Hunt Monsters” has drawn fire for adopting many features of viral phenom ‘Pokemon Go,’ from the use of real-world locations to how players toss balls to capture monsters. The title has consistently ranked among the 30 highest-grossing apps in China, according to researcher Sensor Tower.

Pokemon, in which Nintendo owns a significant stake, is looking to follow up on its surprise hit Pokemon Go, which created a sensation in the gaming community by letting users hunt monsters and prizes in the real world with their smartphones. In May, it unveiled several new initiatives at an event in Tokyo, including a Detective Pikachu sequel for the Switch console and a new device for tracking sleep.

Tencent, in turn, gains a strong franchise to bolster its international presence. The Chinese company seeks growth beyond China and its executives have been keen to assuage game developers’ concerns about intellectual property infringement.

“While Tencent has focused mostly on China in the past, we are now looking at the gaming sector with a much more global perspective,” TiMi executive Vincent Gao said in an interview in June. “This will make the company pay better attention to IP protection.”