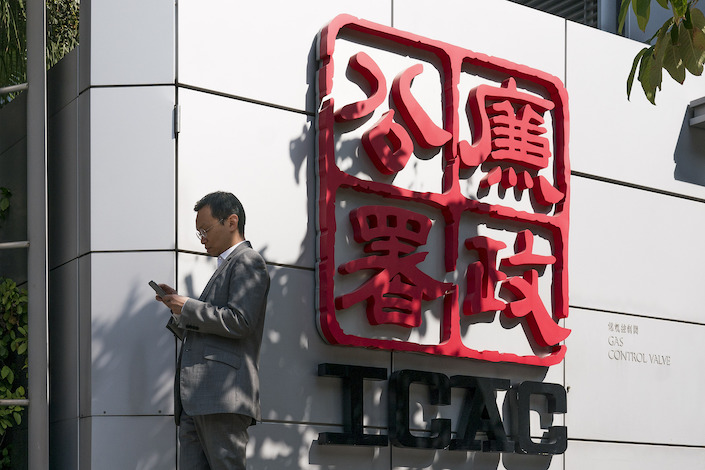 Four former senior executives of Convoy Global Holdings Ltd. and a stockbroker were charged by the Independent Commission Against Corruption (ICAC) with conspiracy to defraud in two separate cases over an HK$89 million ($11.4 million) acquisition and a bond offering, ICAC said Monday in press releases on its website.

The defendants were accused of leading Convoy to spend HK$89 million in 2016 to acquire True Surplus International Investment Ltd., a British Virgin Islands-incorporated asset investment and consulting company. ICAC said the defendants concealed the fact that Cho Kwai-chee, then a substantial shareholder and director of Convoy, held a 55% stake in True Surplus.

Cho was already charged May 16 by ICAC with conspiracy to defraud for his alleged role in the scam.

In a separate charge, ICAC alleged that Convoy’s former executives and the stockbroker conspired to cause the company to pay HK$49.6 million in commission to a connected party for placement of bonds issued by Convoy.

The defendants arranged for Convoy to enter into agreements with Gransing as the placing agent for the bond offering, while Convoy Investment Services was in fact the actual placing agent, ICAC said.

Convoy Investment Services was not a subsidiary of Convoy, but Mak and two other Convoy executive directors held substantial stakes in the company, ICAC said.

The five defendants and Cho appeared in court Wednesday afternoon. The judge approved their release on bail of HK$10,000 each.

This is not the first time Convoy became the target of the anti-graft body.

In December 2017, ICAC said it searched eight premises in a joint operation and arrested three senior executives of a listed company for suspected corruption. It did not identify the individuals or the company involved, but Caixin confirmed with sources that two of the arrested executives were Chan and Convoy’s then-Vice Chairman Rosetta Fong Sut Sam.

Hong Kong media reported that the third arrested person was Mak, then chief executive of Convoy. Cho was also among the Convoy executives investigated by ICAC in 2017, the media reported. But none of them were charged at the time.

Convoy came to authorities’ attention after the 2017 exposure of a network of penny-stock companies with complicated cross-shareholdings.

In May 2017, Hong Kong independent investor and stock commentator David Webb released a list of the “Enigma Network,” warning of questionable cross-shareholdings among 50 otherwise unrelated Hong Kong-listed companies. Convoy was one of the companies on the list.

About a month later, dozens of Hong Kong’s penny stocks plunged, with some losing as much as 90% of their value. The crash led to a broader investigation into what the regulators call a series of “nefarious networks.”