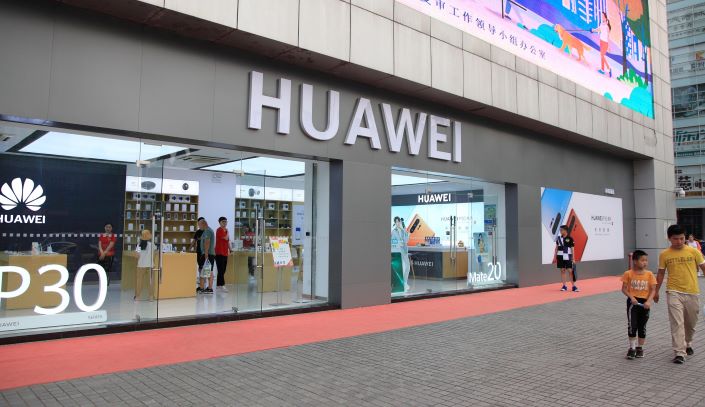 However, the company’s revenue growth still fell short of analysts’ predictions, which had hovered around the 30% mark.

Huawei’s biggest revenue generator remains its consumer business, which has become a major focus of the company as it seeks to ease pressure on its under-fire carrier network and enterprise businesses. Consumer-side sales from January through June were 220.8 billion yuan, accounting for 55% of total sales.

Notably, Huawei’s smartphone shipments between January and June rose 24% year-on-year to 118 million units, the company said. According to an earlier report by market data provider Canalys, Huawei’s second-quarter shipments boosted the firm’s market share on the Chinese mainland to 38.2% during the period monitored, “the highest market share for any vendor in eight years.”

Meanwhile, Huawei’s carrier business posted revenue of 146.5 billion yuan in the first half of the year. That accounts for 36.5% of total sales, around 4 percentage points lower than the annual figure for 2018.

The company said it expects to invest 120 million yuan in research and development this year.

Earlier this year, Huawei said it expected to lose an estimated $30 billion in sales over the next two years owing to global trade tensions and its inclusion on the U.S. government’s Entity List, which effectively restricts Huawei from buying products from American companies.