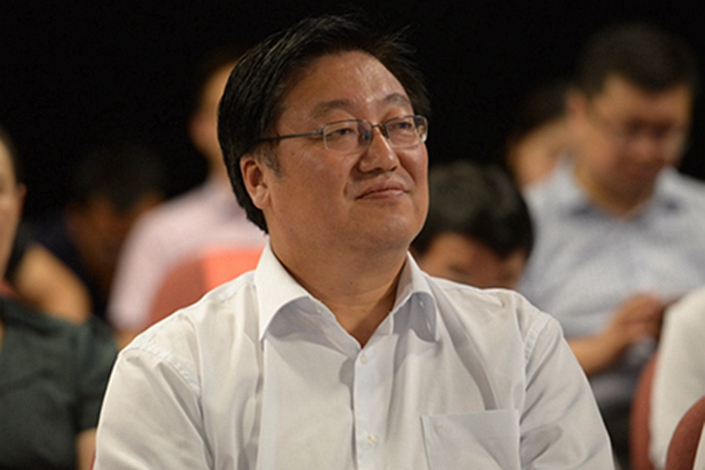 The former director of an Inner Mongolian television station has been accused of bribery and helping to cover up organized crime — the latest development in a major corruption case that has hit one of the autonomous region’s largest broadcasters.

The charges were levied against Zhao Chuntao, the former head of Nei Mongol Television, by a court in the prefecture-level city of Bayannur over the past two weeks, Caixin has learned. Zhao was also accused of workplace bribery, a crime separate from common bribery, holding “vast assets” of unclear origin, and intentional assault.

The news of Zhao’s trial comes just weeks after Miao Yingchun, another broadcast journalist from Nei Mongol Television, was sentenced to life imprisonment on July 12 for organizing, leading and participating in organized crime, falsely accusing or framing others of crimes, and eight counts of intentional assault among other crimes.

Miao, who worked under Zhao, was found to have helped Zhao arrange an attack on a fellow employee, as well as paying Zhao hundreds of thousands of yuan in bribes to secure his position at the province’s central broadcaster.

The attack on the employee, who was only identified by the court by his surname Xiao, was the trigger for the investigations into Miao and Zhao.

Xiao and Zhao were both mid-level cadres at Nei Mongol when their relationship began to sour in 2002, court documents from Miao’s trial show. Zhao, then the deputy director of Nei Mongol, was being considered for a promotion to deputy director of the province-level radio and television bureau. The authorities had sent a group of officials to discuss Zhao’s performance at the television station, and Xiao had revealed to the officials some of his personal opinions on Zhao. Zhao was unhappy that Xiao had spoken up, even though he received the promotion anyway.

After Zhao returned to Nei Mongol as director in 2010, he was determined to make life difficult for Xiao. Staffers at the digital television center Xiao was overseeing were transferred to other departments, leaving him short-staffed. In 2014, Xiao had his pay docked by 5,000 yuan. In 2017, Zhao stopped paying Xiao altogether under the pretext of cleaning up fake employees from the payroll (a common form of fraud at state-owned companies).

Xiao was allowed to return to work in late 2017 after lodging an official complaint, but the company failed to pay him on time. At the start of 2018, Xiao then confronted Zhao in his office, and the two had an argument. Then, according to court documents, Zhao instructed Miao to “teach” Xiao a “lesson,” and gave Xiao’s photograph, license plate number and other personal details to Miao.

On Jan. 23, 2018, Miao arranged for a number of people to savagely beat and injure Xiao with weapons in the city of Hohhot, court documents show. Miao was eventually arrested in July 2018, and Zhao was arrested soon after.

Xiao was left with a gash nearly 40 centimeters (15.7 inches) long that was so deep it exposed the bone. His legs were left covered in blood. He needed two operations.