U.S. and China Set to Sign Singapore Convention on Mediation 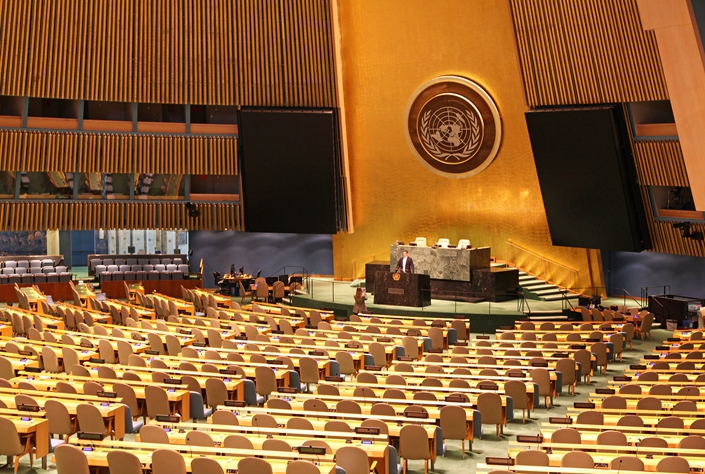 Inside the U.N. headquarters in New York. Photo: IC Photo

(The Straits Times) — The United States and China are set to be among the first countries to sign a convention on mediation that is named after Singapore.

The two economic giants, which have been locked in a trade war, are among 54 countries that will attend a signing ceremony for the Singapore Convention on Mediation on Aug. 7.

They include Australia, Brunei, Japan, South Korea, Switzerland, Uganda and Vanuatu, among others.

So far, around half of the countries have indicated they will sign the treaty, which will make it easier to enforce mediated settlement agreements across borders.

Explaining the significance of this on Monday, Singapore Home Affairs and Law Minister K. Shanmugam said: “These are large economies, they have very big investments overseas and I think they understand the significance of making sure that there are international rules-based mechanisms for dealing with disputes.”

The convention will apply only to commercial settlement agreements and signatory nations will have to enforce the mediation agreements in court.

Shanmugam also told reporters at a press briefing that the treaty has received “very exceptional” support so far.

With the U.N. having adopted it only six months ago, it was very encouraging that “a good number” of countries have said they will sign it, Shanmugam said.

“I would say it's a remarkable progress because normally the internal process in each country takes a longer time, understandably so,” he added.

In comparison, the New York Convention on the Recognition and Enforcement of Foreign Arbitral Awards attracted 10 signatories when it opened for signature in New York in 1958. Now, 160 countries have signed it.

For the Singapore Convention to come into force, at least three countries have to sign and ratify it.

The new treaty was adopted in December last year when the 73rd session of the U.N. General Assembly passed a resolution to adopt the U.N. Convention on International Settlement Agreements Resulting from Mediation. The assembly also decided to name it after Singapore.

Describing the move as extremely significant and historic for Singapore, Shanmugam said the country had taken an active role in the U.N. in drafting the treaty and also getting consensus among the parties involved.

Others had tried before to develop a similar convention, but they did not succeed, Shanmugam added.

"This time round, countries around the world felt it was right, they came together, unanimously approved a resolution in December supporting the convention and supporting naming it after Singapore," he said.

The convention will make it easier to enforce mediated settlements across borders, and complements the Hague Convention on Choice of Court Agreements and The New York Convention on the Recognition and Enforcement of Foreign Arbitral Awards, both of which are part of the framework for enforcing international disputes.

This story was originally published in the Straits Times