Bytedance Pushes Into Search in Threat to Baidu's China Monopoly 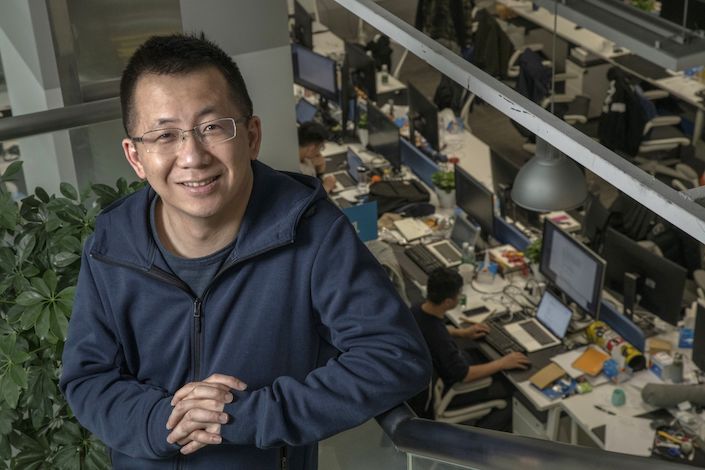 When Google pulled out of the China market in 2010, it left local leader Baidu Inc. a de facto monopoly in the lucrative internet search business. Now that franchise is facing its most ominous challenge yet.

ByteDance Ltd., an innovative Beijing startup that created the hit video app TikTok, is moving into search in a threat to the advertising business that has fueled Baidu’s profit. ByteDance, known for aggressively recruiting top tech talent, is turning its attention to one of the most lucrative businesses online.

"From 0 to 1, we are building a general search engine for a more ideal user experience," according to a company post on the WeChat messaging service.

ByteDance isn’t likely to create a standalone search engine, a Baidu- or Google-like site users would go to from a personal computer or smartphone, because that’s not how most people in China use search. Instead, ByteDance’s search will be embedded within its own apps, beginning with its Jinri Toutiao news service. That will allow users to quickly search for related news, information or products — and ByteDance will be able to profit from search and display advertising.

The service will work with TikTok as well as ByteDance’s popular video-streaming platforms. Staffers already include recruits from Baidu, Google and Microsoft Corp.’s Bing.

Zhang Yiming, ByteDance’s founder, has begun to show the world his far-reaching ambition to build a global technology giant. After creating the popular Toutiao in China, he turned TikTok into a global hit, with fans from Beijing to Boston and Bangalore. The valuation of his seven-year-old startup has surged to $75 billion, more than any startup in the world. It’s now looking to expand with more apps and its own smartphone — one more reason a search service would be useful.

Baidu, meanwhile, has struggled with encroachment from larger rivals Alibaba Group Holding Ltd. and Tencent Holdings Ltd. Robin Li, Baidu’s founder and CEO, has seen his fortunes slide as the market value of his company has tumbled. The search leader is now valued at $39 billion, about half what it was two years earlier.

Related：ByteDance Ties Up With Smartisan, Says It’s Making a Phone