China Puts Down ‘Overly Entertaining’ Shows Ahead of Anniversary

By Liu Shuangshuang and Denise Jia 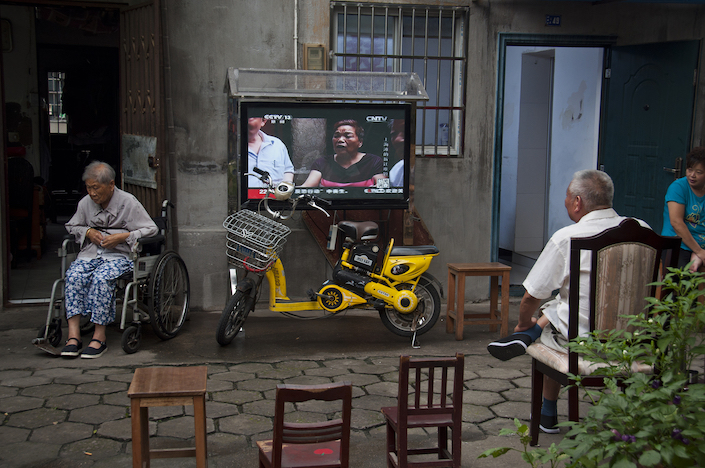 All television channels have been told to air patriotic shows “that are appropriate for the whole propaganda environment” for 100 days starting this month. Photo: VCG

China’s television regulator banned broadcasters from showing any costume or pop idol dramas that are “overly entertaining” in advance of the 70th anniversary of the People’s Republic on Oct. 1.

Starting in August for 100 days, all television channels were told to air patriotic shows “that are appropriate for the whole propaganda environment,” according to a notice issued Monday by the Nation Radio and Television Administration.

Among them, there is a series featuring Fang Zhimin, a Chinese communist military and political leader and one of the founders of the Chinese Red Army. Another show tells the story of how Mao Zedong and other founding fathers led the Red Army to defeat the Nationalist forces. One show is about the 1945 negotiations between the Nationalist government and the Communist Party in Chongqing.

The list also includes a few non-revolution-themed shows, such as one based on a popular online fiction about two young lovers’ growth.

The new rule prompted some broadcasters to speed up airing their current drama series.

Tencent Video, a Chinese video streaming website owned by Tencent Holdings, said Monday that it will wrap up “The Untamed,” a popular murder mysteries series, early next week.

Youku, an Alibaba Group-owned online video platform, also announced Wednesday that it will release more episodes of “The Longest Day in Chang’an,” a highly rated crime drama set in the Tang Dynasty that tells the story of an imprisoned police officer tried to prevent a criminal conspiracy within 24 hours.

A previous version of this story mistakenly attributed the wrong name to the government agency that announced the ban on “overly entertaining” programs. It was the Nation Radio and Television Administration.