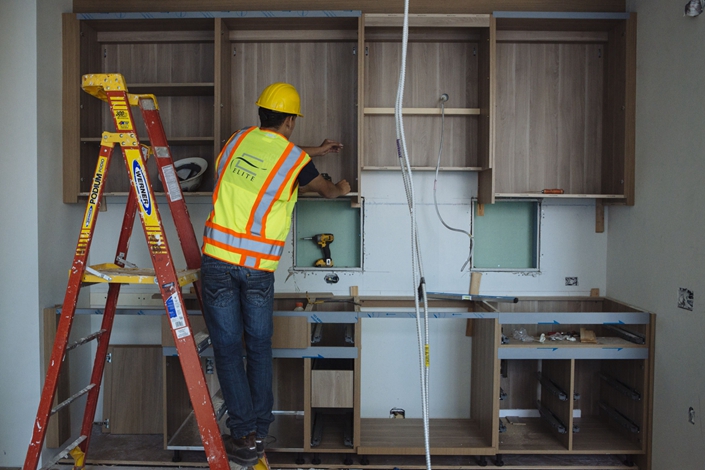 (Bloomberg) — Add $4.4 billion in imported cabinets to the long list of Chinese goods slapped with U.S. levies in the escalating trade dispute between Washington and Beijing.

The Commerce Department said Tuesday it will ask U.S. Customs and Border Protection to collect cash deposits from importers of the wooden cabinets and vanities from China based on subsidy rates of as much as 229%. Commerce issued a preliminary determination in response to a petition filed earlier this year by the American Kitchen Cabinet Alliance, alleging at least $2 billion in harm from the Chinese shipments.

The petition alleged dumping margins of more than 200%. Tim Brightbill, a trade lawyer from Wiley Rein LLP in Washington representing the industry, said in March that Chinese exporters get double-digit subsidy margins based on the number of programs supporting their domestic industry, including discounted land, electricity, raw materials, grants, discounted loans and export incentives.

“Today’s determination gives the American kitchen cabinet industry the hope it needs in our fight against China’s unfair trade practices,” Stephen Wellborn, director of product and research development at U.S. manufacturer Wellborn Cabinet and a member of the American alliance, said in an emailed statement.

The cash deposits will be collected from Henan AiDiJia Furniture Co. Ltd. and Deway International Trade Co. Ltd., which were found to have gotten a subsidy of 229%. The Ancientree Cabinet Co. Ltd. will have to pay a subsidy rate of 11%; Dalian Meisen Woodworking Co. Ltd. 16%; Rizhao Foremost Woodwork Manufacturing Co. Ltd. 22%; and 16% for the other Chinese producers not selected for individual review, according to the Commerce statement.

Commerce is scheduled to issue a final determination in December and the U.S. International Trade Commission by Jan. 30, according to the statement.