By Quan Yue and Guo Yingzhe 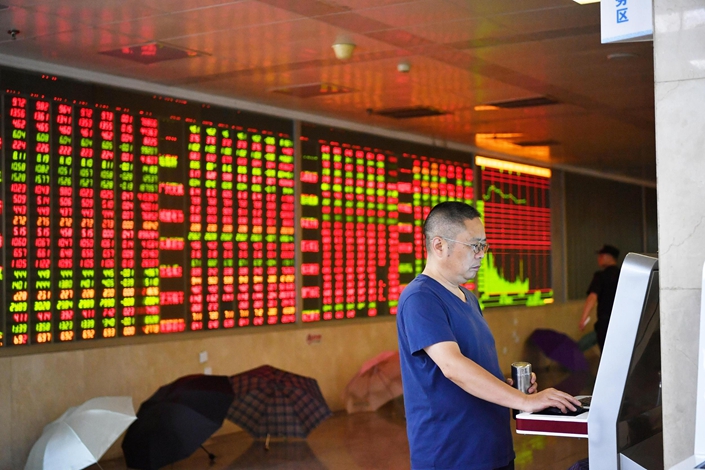 An investor who used the stock accounts of acquaintances to buy shares in a listed company planning a major acquisition has been ordered to hand over his illegal profit of 197 million yuan ($28 million) and pay a fine of 197 million yuan for insider trading. The total penalty, amounting to 394 million yuan, is one of the largest ever imposed on an individual by the securities regulator.

Yang Xuechu, who was identified as a 57-year-old man from Changsha, Hunan province, was investigated by the China Securities Regulatory Commission (CSRC) over his trading of shares in online games developer Shenzhen Zqgame Co. Ltd. back in 2013 when it was one of only a handful of such companies listed on the Nasdaq-style ChiNext board on the Shenzhen Stock Exchange.

The watchdog released the findings of its investigation and its punishment in an official statement (link in Chinese) on its website last week.

Yang learned about Zqgame’s plans to acquire mobile gaming companies in early 2013 when he went on a tour of the company arranged by a fund management group, New China Fund Management Co. Ltd. He also met several times with Zqgame’s chairman, Li Ruijie, from March to June to discuss acquisition plans before the company finally announced a deal in August to buy a 51% stake in Shanghai Morefun Digital Technologies Co. Ltd.

Betting that shares in Zqgame would soar on news of the acquisition, Yang used 14 stock accounts set up by acquaintances and bought up 320 million yuan of Zqgame shares from April to Aug. 14, 2013, using his own funds and money borrowed from financial institutions and acquaintances, the CSRC said. From April 24, the first day Yang bought Zqgame shares, to Oct. 16, the last day he sold the stock, the share price surged from just over 6 yuan to over 38 yuan.

During the investigation, Yang claimed that he’d made the investments based on his own judgement using publicly available information, the CSRC said. But it countered that his actions took place during the time the acquisition plan was being put together.

“Before this information was publicly disclosed, Yang Xuechu rushed in with his funds and used multiple accounts to buy the same stock in huge amounts,” the CSRC said in its statement. “He acted decisively, his intent was obvious and his trading behavior was evidently unusual.”

In his defense, Yang told the CSRC that prosecutors decided not to pursue him through the criminal courts because they were not able to verify allegations against him regarding insider trading. But the CSRC said the evidence needed in judicial cases had different standards from those of administrative cases. The regulator had sufficient evidence to justify its decision and punishment, it said.