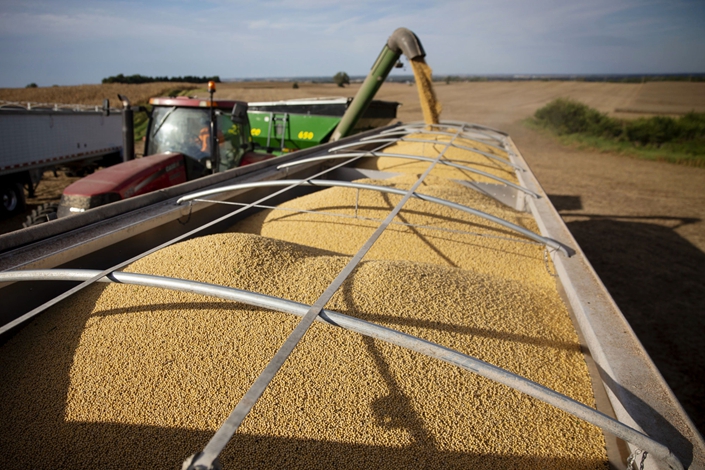 The announcement was for roughly three bulk cargoes to be shipped in the 2019/20 season that begins on Sept. 1. Photo: Bloomberg

(Bloomberg) — While China announced it has halted imports of American soybeans, a mysterious buyer has stepped up. The U.S. Department of Agriculture (USDA) announced Wednesday a sale of 165,000 metric tons of the oilseed to “unknown destinations.”

Such unknown buyers often were thought to be China, which typically brings in about two-thirds of global soybean exports. However, the Asian nation’s government on Monday asked its state-owned enterprises to halt purchases of U.S. agriculture products as the trade war between the countries escalated.

“With soybeans, we usually assume it’s China,” Arlan Suderman, chief economist at INTL FCStone in Kansas City, said by phone. “In this environment, it certainly would be risky for a private buyer, and I’m skeptical it would be state buyers either. I’m guessing in this case it might be another country.”

The USDA’s announcement Wednesday was for roughly three bulk cargoes to be shipped in the 2019/20 season that begins on Sept. 1, in a deal that would have taken place in the past 24 hours. The buyer would have received a relative bargain after Chicago soybean futures this week fell to the lowest since May, dragged down by the trade tensions.