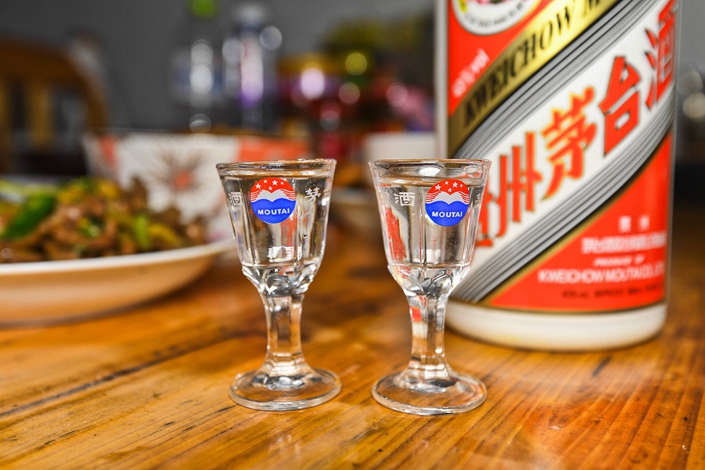 Scandal-plagued Kweichow Moutai Co. Ltd., the world’s most valuable distiller and China’s first trillion-yuan company, has instructed its army of dealers to up the amount of liquor they sell directly to retailers in order to cut out potentially corrupt intermediaries.

At a corporate meeting on Wednesday the company instructed dealers to keep a maximum of 20% of their stock in their inventory and sell at least 60% to retailers such as supermarkets, according to a statement (link in Chinese) released on the company's website.

They were instructed to sell no more than 20% to other distributors.

It follows a major overhaul intended to increase direct sales of Moutai and reduce middlemen which began this year, alongside revelations the company’s distribution model was underpinned by graft. The distiller has long relied on its huge dealers’ network to sell the luxury liquor, but many dealers have been handing out lucrative distribution licenses in exchange for bribes. Secondary distributors often hoarded their inventory causing prices to spike.

The official retail price for a new, 500-milliliter bottle of Moutai is currently 1,499 yuan ($220). But supply shortages mean the market price tends to be much higher. Prices for a bottle of Moutai exceed 2,500 yuan in Guizhou, Shandong and Henan provinces, Caixin has learned. Industry analyst Cai Xuefei told Caixin that the market price reached as high as 2,800 yuan elsewhere.

Moutai’s namesake spirit is often described as China’s national liquor, and is regularly served at state banquets and presented as a gift. Distilled from fermented sorghum and other ingredients, the product is known for its high alcohol content and powerful, complex taste. The liquor is not only popular among consumers, but also coveted by collectors for its potential appreciation.

In May, Moutai’s former Chairman Yuan Renguo was arrested for taking a “massive” amount of bribes and other “severe violations of discipline and law,” according to the Central Commission for Discipline Inspection (CCDI), the country’s top disciplinary watchdog.

After Yuan left the company, his successor Li Baofang launched an effort to fight internal graft and clean up its dealers. According to Moutai’s 2019 sales plans, 17,000 tons of liquor are assigned to dealer channels, accounting for about 55% of the total sales target, down from about 80% in 2017.

Denise Jia contributed to the report.